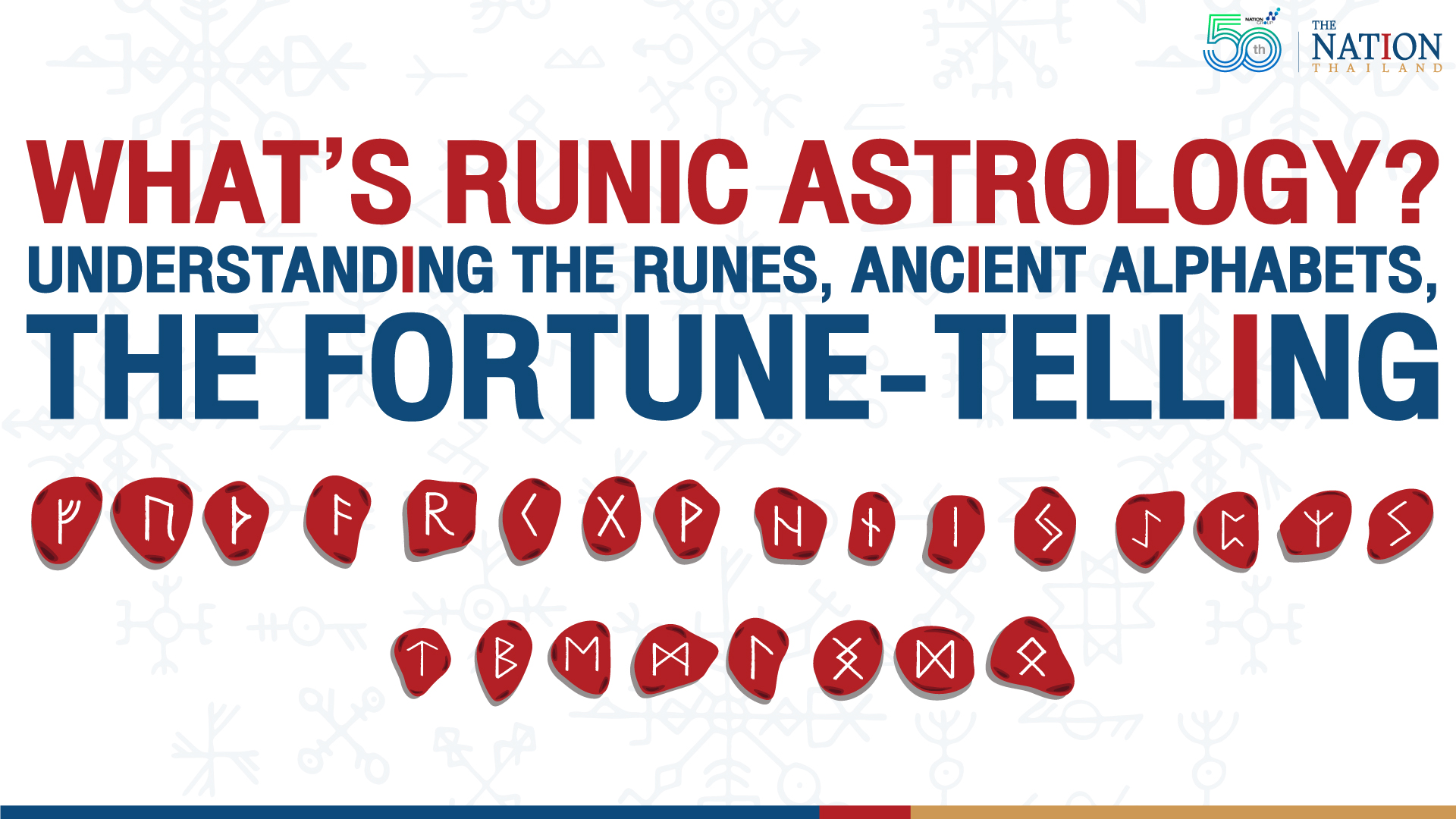 When it comes to faith, we cannot blame other people’s beliefs. Some people may have had horoscopes through palmistry, or tarot card reading before but today we will take a look at “The Runes” by Nuntarat Chompusang (runic.me), translated by Nattawadee Ngamsom.

Many people may have heard Runes, ancient alphabets from movies such as Harry Potter, a study of Ancient Runes or Wanda and Vision, Witch Runes as the most powerful magic in Marvel Cinematic Universe (MCU) but to talk about Runes in terms of prophecy or fortune telling would be more interesting.

Runes is a word derived from the word runar, meaning whisper or a secret in myths of Northern Europe. Based on the Hávamál, a collection of Old Norse poems from the Viking age which was published during the 9th century.

It is believed that “Odin”, the Norse God, the one-eyed All-Father. He hanged himself in Yggdrasil, the tree of life, for nine days and nine nights in order to gain knowledge of other worlds and be able to understand the runes. Then discovered the world’s runic alphabet traditionally holds 24 letters, called Elder Futhark. This image of the origin of the runes, also recorded in The Hanged Man, which we often see in the Rider-Weight tarot deck.

From archaeological evidence, over 3,000 runes have been found on stone, wood and metal plates in Scandinavia, suggesting that runes flourished in northern Europe since BC among the Germanic tribes extending to the Scandinavian, as well as Wales and England.

In ancient times, runes were engraved on branches, stones, weapons, letters, artwork, jewelry, places, or even tombstones for forecasting use. It is a protective amulet and used in ceremonies with the belief that each letter has its own meaning and magical power.

The 24 letters of the Elder Futhark runic alphabet are divided into 3 sets of 8 letters each, known as “Aetts”

The first set is called Freya's Aett, also known as Frey's Aett, the runes of the goddess Freya and Frey, both of whom are known as the gods of fertility: Fehu, Uruz, Thurisaz, Ansuz, Raido, Kenaz, Gebo and Wunjo

The 24 Elder Futhark set runes mentioned above were evolving over time due to topography and functionality, such as The Younger Futhark and Anglo-Saxon Futhark.

Runes have evolved over a long period of time and disappeared when Christianity came as those who use runes would be accused of heresy, until after the 18th century runes began to be used again. Especially using Elder Futhark Runes for prophecy.