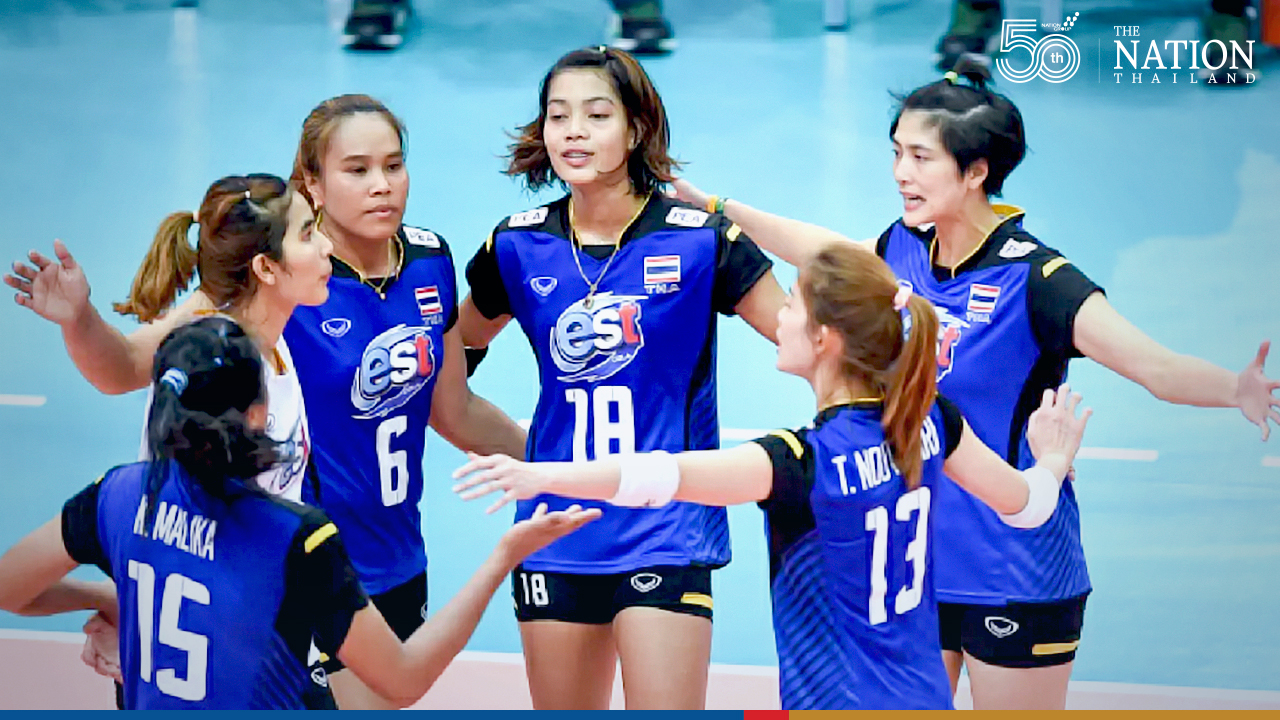 The Thai national volleyball team ended their dismal campaign in the preliminary round of the FIVB Volleyball Women’s Nations League, losing their last match to hosts Italy on Sunday.

The tournament began in Rimini, Italy on May 25 and ends on June 25.

The Thai women could win only two of the 15 matches they played. With just six points in the 16-team league, the Thai team finished last.

In the qualifier round, Thailand were among 12 teams that had qualified from core teams above the relegation zone. The other 11 teams are: Brazil, China, Germany, Italy, Japan, Netherlands, Russia, Serbia, South Korea, Turkey and the United States.

At the end of the preliminary round, the US team topped the league with 42 points from 14 wins and a loss. It was followed by Brazil (40 points), Japan (33 points) and Turkey (30 points).

On June 24, Brazil will play Japan and the US will take on Turkey in the semi-finals. The winners will play the final on June 25.