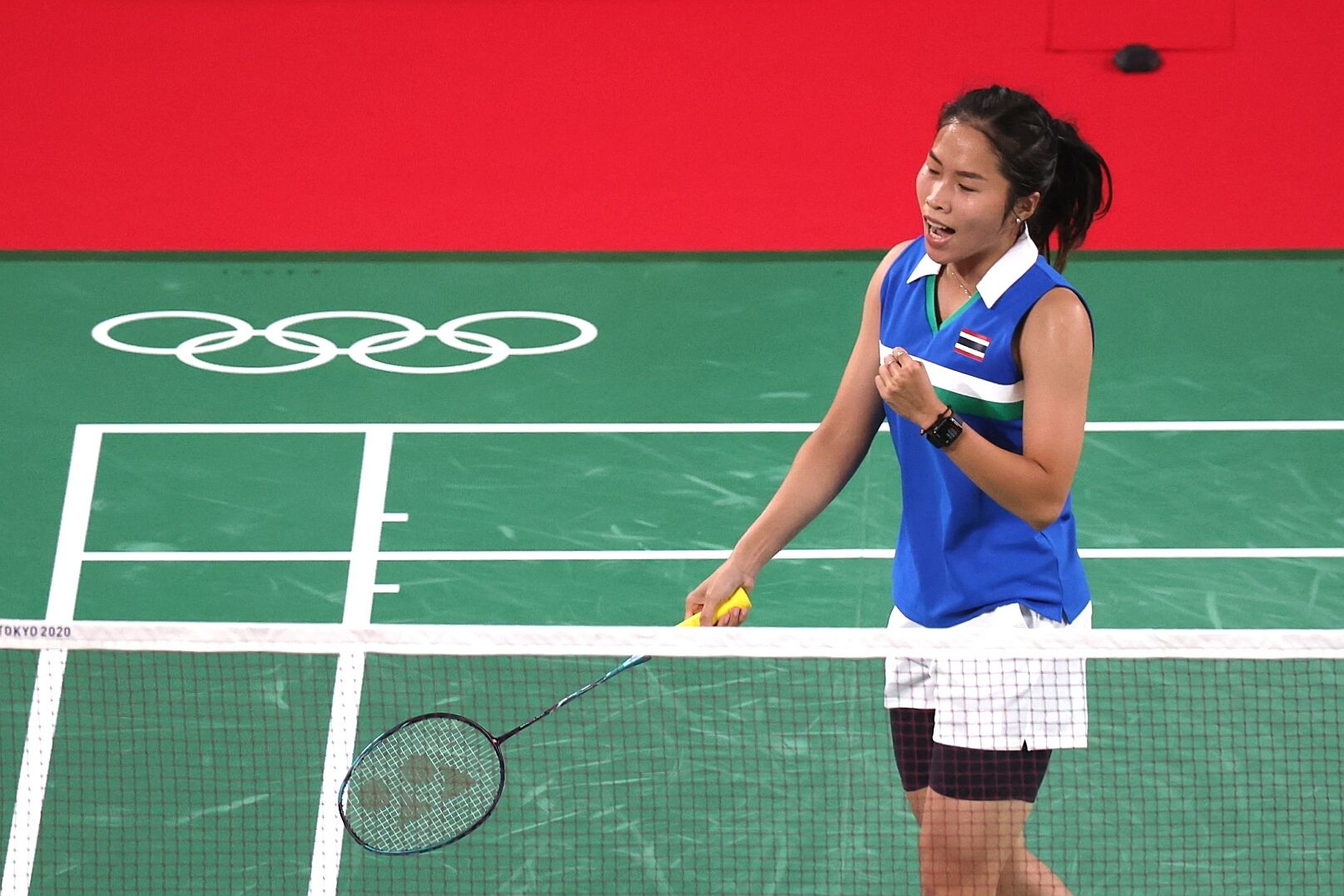 29 July 2021: World No 6 Ratchanok Intanon remained the only Thai badminton hope left in the Olympic Games TOKYO 2020 after she beat Gregoria Mariska Tunjung of Indonesia but teammate Busanan Ongbamrungphan was ousted in the round of 16 at the Musashino Forrest Sports Plaza on Thursday.

Former world champion Ratchanok underlined her supremacy over her 23rd-ranked opponent, clinching the match 21-12 21-19 in just 39 minutes. The youngest winner of the World Championships at 18 in 2013, Ratchanok has beaten Tunjung in all of eight of their encounters.

“I was playing well except in some points in the second game where I lost my concentration,” said Ratchanok, who faced a late challenge as the Indonesian rising star fought back twice in the second game to breathe down the Thai’s neck at 17-19 and 19-20.

But it all came down to experience and concentration when it really mattered. One point away from drawing level, Tunjung put her return shot into the net to bring her campaign in Tokyo to an end.

Ratchanok, meanwhile, earned her second quarter-final place at the Olympics after reaching this stage at the London 2012 Games. To better her Olympic record, the Thai hope will have to summon her best form to beat world No 1 Tai Tzu Ying of Taiwan in the last eight on Friday. Ratchanok’s old foe leads their head-to-head record 15-14, which includes wins at the Thailand Open and World Tour Super Finals in January.

“Tai has good technique and is physically stronger than me. She likes to take risks but I like to play it safe. I need to come up with a game plan for the match,” said Ratchanok, who admitted that she can feel the pressure mounting on her shoulders following the exit of Thai medal prospects Dechapol Puavaranukroh and Sapsiree Taerattanachai in mixed doubles.

“Expectations on others have swung to me because I’m the only Thai left. But I don’t feel as stressed as I did in the 2012 Games. I’m still in the tournament and just have to keep performing my duties,” she said.

"I tried my best but I made too many mistakes,” said the world No 13 in her Olympic debut. "An Seyoung is very good with her movement and her defence. I tried so hard to attack her but she made me put pressure on myself to push, and that's why I made the mistakes. But every second of every minute was memorable for me. I enjoyed it all."