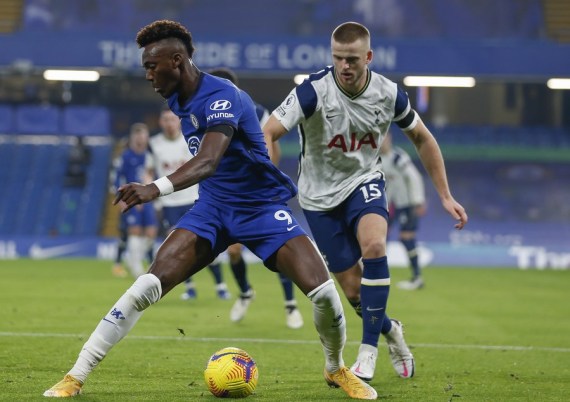 Italian Serie A side Roma announced the arrival of Tammy Abraham from Chelsea on Tuesday, after the hitman signed a five-year deal.

Having come through the youth ranks of Chelsea, Abraham contributed 30 goals in 82 competitive appearances at Stamford bridge.

"Abraham, 23, joins the club from Premier League side Chelsea--with whom he won the Champions League earlier this year--for a fee of 40 million euros," Roma announced in a statement.

"The overall transfer agreement also includes a number of performance-related clauses, based on the achievements of both the player and the club. Chelsea will also retain the right to a percentage of any future transfer fee involving the striker," it added.

After introducing Abraham, Rome has completed a merry-go-round with Chelsea and Inter Milan, as the Blues splashed out a club-record fee of 97.5 million pounds to sign back Romelu Lukaku from Inter, while the Nerazzurri brought Edin Dzeko from the Giallorossi as a replacement.

Abraham will wear the No. 9 shirt in the upcoming new Serie A season.