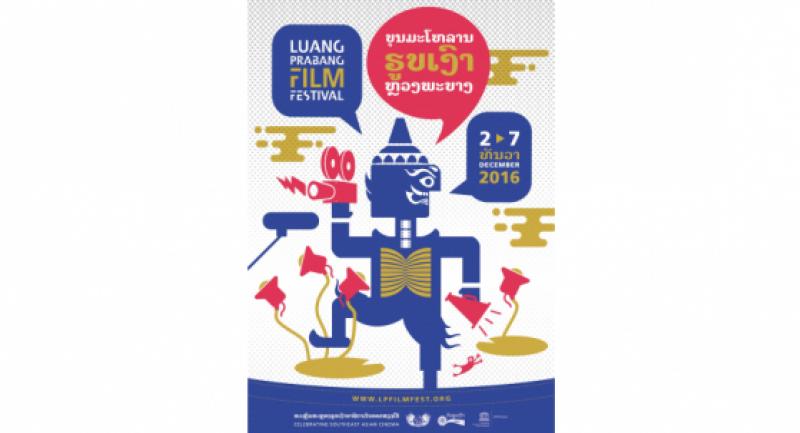 THE LUANG PRABANG FILM festival returns to the World Heritage Site and ancient royal capital of Laos on December 2 and once again will be screening some of the most-talked-about films in Asia.

A total of 32 films from 10 countries will be shown over the six days, including several strong documentaries that highlight sides of each Asean member country that are rarely seen.

Among the highlights is the Thai indie documentary “The Down” in which director Pisut Mahaphan befriends five teenagers with Down syndrome, who change the way Pisut looks at the world forever

Another seven Thai films have been selected for the festival including the mainstream movies “Khun Pan” by Kongkiat Komesiri, Manatsanun Phanlerdwongsakul’s “Love Sucks” and Chayanop Boonprakob’s teen hit “May Who”.

Indonesia brings Joko Anwar’s “A Copy of My Mind”, which tells the story of young lovers who get in over their heads trying to eke out a living in the big city. A festival favourite, it was shown at Toronto in 2015 to critical acclaim.

Also showing is the documentary “Question of Faith”, Hanung Bramantyo’s exploration of Indonesia’s religious pluralism, a characteristic of the nation that can often result in conflict between people of different religious beliefs.

Laos itself is well represented with, among others, “Banana Pancakes and the Children of Sticky Rice” by Daan Veldhuizen, a story of the friendships that develop when a group of Western backpackers visits a small village in remote northern Laos in search of a traditional experience. Also showing is Sonexay Keomanivong’s romantic drama “Love Forever”, a story of love that crosses the boundaries of social class.

From Myanmar comes Midi Z’s highly personal documentary “City of Jade”, in which the director reconnects with his brother for a beautifully crafted if depressing view of war-torn Kachin state on the border with China, where desperate souls live and toil, digging and drilling for jade, hunted down by soldiers and plagued by malaria.

Tran Phuong Thao and Swann Dubus lift the veil on the problems and prejudice facing transgenders in Vietnam in “Finding Phong”, an uplifting documentary that follows a Vietnamese transwoman, for more than a year as she prepares to undergo gender confirmation.

Another Vietnamese film selected for the festival is “Sweet Twenty”, a local take on the popular South Korean movie “Miss Granny” and made under a joint venture with film studio CJ Major. Thailand too has benefitted from a CJ Major joint venture and its version of “Miss Granny” –“20 Mai U-turn Wai Huajai Return” (Suddenly Twenty”) starring Davika Hoorne – is slated for release on November 24.

Singapore, meanwhile, explores the consequences of abuse in “Fundamentally Happy” by Tan Bee Thiam and Lei Yuan Bin, while in his debut feature Green Zeng examines the price a political prisoner pays after his release in “The Return”.

“Apocalypse Child” from Philippines director Mario Cornejo rides the waves of emotion with the story of Ford, a surfing instructor in the Philippines who has been wasting his youth as his mother petitions famous director Francis Ford Coppola to acknowledge his son.

Malaysia underlines the plight of the Malaysian Indian in Shanjhey Kumar Perumal’s “Brutal”. Set in the early 1990s, a critical period in Malaysian Indian history, it follows a family forsaken by rich estate owners and forced to move to the city.

Cambodia, for its part, is represented by three films, Ian White’s “Before the Fall”, Masahiro Sugano’s “Cambodian Son” and festival favourite “Diamond Island” by Davy Chou.

In addition to the feature film screenings, this year’s festival will also have four programmes of short films, among them “The Man Who Built Cambodia” by Haig Balian and Aditya Assarat’s “La Scala” about Bangkok’s iconic independent cinema.

This year’s Spotlight programme is on the Philippines, with a full day of programming devoted to screenings and discussion of Philippine features and shorts,

There will also be several major public discussions this year for visitors of the festival, including one on online programming and video-on-demand.

And in an exciting new collaboration, staff from Tribeca Film Institute will lead a Talent Lab for Southeast Asian filmmakers on grant writing and project pitching.

Founded by American Gabriel Kuperman in 2009, the festival aims to offer artists and industry professionals the chance to share their experiences and showcase their talent.

It is now one of the most respected events in Southeast Asia, transforming the former royal capital of Laos into a theatre and organising screenings on garden lawns, within the walls of five-star hotels and in a central market. Every year, 800 blue chairs are set up at its main outdoor venue and these are filled for every screening.

Going for the blue

The Luang Prabang Film Festival runs from December 2 to 7. Admission is free.