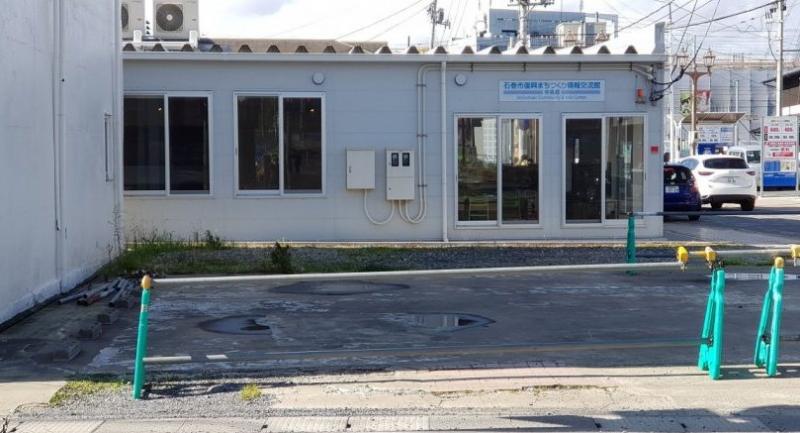 Almost totally deciamated by the March 2011 Tsunami, Ishinomaki in Miyagi prefecture has risen from the ashes to tell its tales

ONE OF the best-loved cartoonists among Thai manga fans of yesteryear is Shotaro Ishinomori, creator of Kamen Rider, “Cyborg 009” and the famous “Robocon”, which aired in Thailand 40 years ago.

What many Thais may not know, however, is that he has an entire museum dedicated to his memory in Ishinomaki, the second-largest city in Miyagi Prefecture in Japan’s northeast, which is well worth a visit.

Like its home, the Ishinomaki Mangattan Museum or Ishinomori Mangattan Museum as it is sometimes called, which is situated on Nakaze island in the Kyu-Kitakima River, was badly damaged in the Great East Japan Earthquake and subsequent tsunami in 2011 but underwent considerable restoration and finally re-opened in March 2013.

It gets the name “Mangattan” because Nakaze looks familiar to Manhattan, New York when observed from above. An egg-shaped building that resembles a UFO, it rises proudly from the river and is one of the city landmarks. And it’s dedicated to Shotaro, a son of present day Ishinomaki City, and who was recognised by the Guinness Book of World Records for the “Most Comics Written by One Author”.

The museum offers a fascinating journey into the history of the Kamen Riders and their inventive vehicles, though while English leaflets are available for foreign visitors, most of the exhibits are described in Japanese. That won’t stop Thai comic fans from sighing over “Cyborg 009”, the cute “Robocon” which was on aired on Channel 5 and those motorcycle-riding superheroes.

The museum is a short 10-minute walk from Ishinomaki JR train station. But it’s not all there is to see in this town, which has miraculously risen from the dead and now boasts museums and centres that chronicle the residents’ lives through the tragic incident. One place foreign visitors shouldn’t miss is the Ishinomaki Community & Info Centre, about 200 metres before the manga museum.

From the outside, it looks like an office but the interior is like a gallery offering a first-hand glimpse of city life through an exhibition, photographs, and descriptions of the damage wrought by the tsunami. There’s even a white board where you are invited to write your impressions.

The cities hit by the disaster all have information centres similar to this but this one is special, as the director is a British citizen Richard Halberstadt who has lived in Ishinomaki for 22 years. He’s on hand to share in English how the local people experienced the tsunami.

“Ishinomaki was one of the municipalities hardest hit by the tsunami of March 2011. Just under 4,000 people were killed and that’s the most in any single city or town in the disaster area and the damage here was bigger than in all of Iwate Prefecture. That gives you an idea of the level of destruction in Ishinomaki,” says Halberstadt

Halberstadt, who was an English lecturer at Ishinomaki Senshu University, was in his classroom when the earthquake hit. He was safe from the flooding but remained trapped at the university for two nights and three days. When he started back towards his home in the city centre, he found it impossible to reach and stayed at a hotel that was serving as a temporary shelter.

“The water from the big wave was massive and higher than in other places because we were so near the epicentre of the quake. Also the coastline is really jagged here and the area fronting the town is really narrow. As the water gushed through that narrow space it became higher and higher because the energy had nowhere else to go,” Halberstadt explains.

“Ishinomaki’s population before the tsunami was about 163,000 now it’s about 145,000. The decrease includes those who lost their lives but since then people have been moving away. Some people were scared to live here after the tsunami while others needed to find jobs. This population decrease is one of the major problems that Ishinomaki is currently facing and both the government and local government are trying to implement policies to stop the bleeding but it’s still going on.”

Two years after the tsunami Halberstadt quit his job. “I wanted to do something different and it was about that time that City Hall contacted me about working in this centre and I said okay. I speak English and Japanese and I was here at the time of the earthquake and tsunami so I can talk about it very easily. My experience of standing in front of a classroom has also helped me communicate with the tourists. Most are Japanese but we also get a lot of visitors from Hong Kong, America, Europe and New Zealand.”

A few Thais have come to the town, he adds, but they have never heard of the ICIC.

“We have many tsunami information centres all over the area but because I can talk in English, this has become a popular stop for groups of international students,” he says, adding that the surprised and horrified reaction to his story of a wave 20 metres high is the same whether the visitors are Japanese or foreign.

The ICIC was established in 2015 to inform and educate visitors from near and far about the tsunami and the progress of post-disaster reconstruction through literature, exhibits, as well as to share important lessons in emergency preparedness.

A local market Ishinomaki Genki Ichiba is just across the street and its second floor is home to the restaurant Genki Shokudo from where diners can enjoy a good view of the island and the museum.

Asked if he is intending to add other exhibits to the centre, Halberstadt says what he really needs is more space as the current premises are only temporary.

“Maybe we’ll be here until the Tokyo Olympics. After that, I think the city is planning something more permanent but I don’t know where. But this place is really good because it’s in the centre, close to the station people can walk here. If we move, I’ll really miss this place,” he says.

- For more information about the Ishinomaki Mangattan Museum, visit www.mangattan.jp/manga/en/about/.

- For enquiries or make an appointment to visit the Ishinomaki Community & Info Centre and meet Richard Halberstadt, call (+81) 225 98 4425.