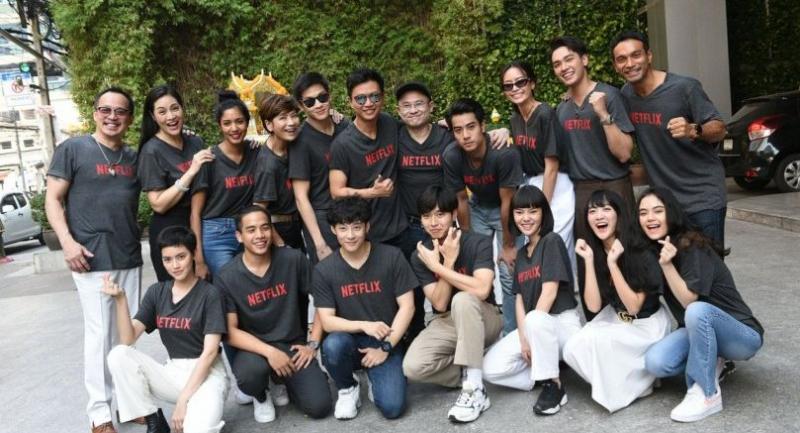 After being announced as one of the first two Netflix original Thai series at the “See What’s Next: Asia in Singapore” event late last year, “Khweng” (“The Stranded”) has started shooting and recently unveiled its cast.

“The Stranded” centres on Kraam, an 18-year-old boy who survives a devastating tsunami along with 36 of his fellow students at an elite private high school on a remote island in the Andaman Sea.

As mysterious events start happening on the island, it quickly becomes clear that no one is coming to rescue them and Kraam must lead the students to rescue themselves.

The series is produced by GMM Grammy and H2L Media group and directed by Sophon “Jim” Sakdaphisit of GDH Film Studios, who is bet known for his horror movies including “Laddaland” and “Puen.. Tee Raluek” (“The Promise”).

The series is expected to have six episodes.

With Ekachai Uekrongtham, Gary Levinsohn, Christian Durso, Steven Sims and Billy Hines as executive producers, the project is an international collaboration between teams from across the world, including Los Angeles, Singapore and Bangkok.