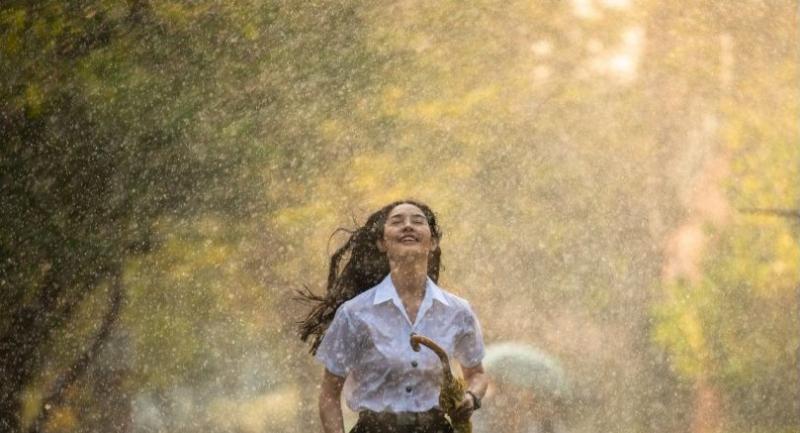 Ranchrawee Uakoolwarawut stars in the Thai version of the acclaimed romantic drama “The Classic”. /Photo courtesy of CJ Major Entertainment

Two years have passed since the Thai-Korean joint venture CJ Major Entertainment released its debut project “20 Mai U-turn Wai Hua Jai Re-Turn (“Suddenly Twenty”) but now it’s back and is making its presence felt with the upcoming release of three interesting movie projects before the end of the year.

First up is the romantic comedy “Rak 2 Pee Yindee Khuen Ngern”(“Love Battle”) slated to hit screens on June 20. Set in an office and based on a South Korean script, it’s directed by Wirat Henkongdee of Tohklom Television fame, who made his directorial debut with “Super Salaryman” back in 2012.

The second film is due out on September 19, with Chookiat Sakveerakul writing and directing the romance currently dubbed “That March” that stars Sukollawat Kanarot and Yarinda Bunnag.

The highlight though is the third project “Classic Again”, which is set for release in the fourth quarter this year. It’s a highly anticipated remake of “The Classic”, one of the most successful Korean movies ever to screen in Thailand.

Choi Yeonu, managing director of CJ Major Entertainment, says the past two years have been spent on preparing these projects.

“We learnt a lot from ‘Suddenly 20’. We have studied the market and looked hard at whether audience preferences and then put the time into preparing movies that are likely to please,” she says.

“‘Suddenly 20’ was a remake of CJ’s Korean movie hit “Miss Granny” and a good example of our universal story with local creation approach. We’ve used this same focus for seven movies.”

CJ Major Entertainment is a joint venture between Major Group, the largest movie theatre in Thailand and CJ ENM, the biggest content creator in South Korea and the parent company of CJ Entertainment. Son Ye-jin and Jo In-sung in a scene from hit South Korean movie hit “The Classic”, which is being remade in a Thai version as “Classic Again”.

CJ Entertainment is a leading international film production and distribution company that co-produces critically acclaimed and commercially successful Hollywood, Thai, Indonesian, Vietnamese, Chinese and Turkish movies. These include “The Age of Shadow”, “A Bitter Sweet Life”, “Master” and “Veteran”. Ten years ago, they realised that their successful films were drawing global audiences because people of different races, nationalities or religion could relate to them.

“Those contents are universal because every country has one commonality – it is home to women, men, adults and children. We believe there are core values that human beings share, such as happiness, sadness, love and excitement – emotions that we all try to find in films. This belief led us to trigger global productions and to join up with Major Group in Thailand,” she says.

And just because no films have come out over the past two years doesn’t mean the company hasn’t been hard at work. They’ve collaborated with filmmakers from Major’s affiliated film companies on many projects and Choi is full of praise for Thai crews and the working system.

“When I work with writers and directors we are very open. We lay out all the stories that we have and pick the best one. A lot of the directors know about CJ Entertainment’s movies and will often propose a remake of such-and-such a title,” Choi explains.

To achieve its goals, CJ Major Entertainment focuses both on universal stories and local partners, producing content that resonates with everyone and goes beyond cultural boundaries. This highlights the company’s expertise in creating great content whether from original stories or movies in other territories outside Korea. For example, a film originally made in Korea can be recreated as a Thai film with a Thai setting, a Thai director and Thai actors. Directed by Chookiat Sakveerakul, the romantic drama “That March” stars Sukollawat Kanarot and Yarinda Bunnag and reflects on how the love story lived by an adolescent boy completely changes his life. It arrives in cinema on September 19.

“A great story will work anywhere,” Choi stresses. “All audiences want stories that inspire and excite them. CJ Major Entertainment’s job is to develop great stories and put great effort into localising them to reach out to the Thai audience and the wider Asean region.”

The joint venture has also spent time researching everything from box office to audience behaviour. Thailand is seen as having high growth potential and a deep pool of talented creators. Last year, the total gross box office in the Asean region was nearly Bt38 billion. Meanwhile the total gross box office in South Korea was more than Bt49 billion. This indicates the viability of Thailand’s market growth once the momentum is initiated by supplying quality local content and thus developing greater audience demand.

Most of the top Thai box office earners are Hollywood movies,” Choi notes. “Why is that? Because a good script, production and acting are key ingredients in the recipe for success. However there are still some barriers. That’s the first reason why CJ Major Entertainment was established. The second reason is we are always seeking hidden creators. There are so many great writers and directors in Asia including in Thailand who are waiting for their opportunity but have waited too long because the market isn’t big enough or strong enough to support them yet. There are also many great producers who want to try something different but can’t seem to find a way because the studios are unwilling to risk trying something new.”

Choi sees Thai audience as very open to different movie genres. “That’s very different from Vietnam and Indonesia. Indonesians right now love watching horror films. I think Thais like to watch something different, which makes them a harder target as tastes are so varied. But, of course, that really motivates us to make more creative content.” Ask Thai moviegoers which studio brand they trusted when they watch a Thai movie and the answer will inevitably GDH. Choi says that merely reflects the fact that overall number of the films made per year is not that high. “If a lot of serious studios decided to make more movies, audiences would be more indifferent to the brand, basing their decisions on the genre they felt like watching.

“CJ Major’s strategy does not end at just providing more quality films but extends to circulating our stories and Thailand’s talent on the international market. We want to move ahead together and show that our Thai content and creators can also be successful in other significant markets,” she stresses.

Choi adds that the company’s strategic partnerships with local creators are key to winning domestic audiences. “Understanding the Thai sentiment and delivering messages within the Thai cultural context are very important. By collaborating with local partners, we can get closer to the audience and the market. We are very fortunate to be working hand in hand with diverse creators and partners here,” she says.

Of the three projects coming out this year, two have their origins in Korean content. Choi says that neither is a scene-by-scene remake, more of a recreation of a story similar to “Miss Granny”.

For example, Choi describes “Classic Again” as a recreation of the acclaimed romantic drama “The Classic”, which was an overwhelming success in Thailand despite being on limited release.

Directed by Tatchapong Supasri, the re-envisioned version portrays college friends Bota (Ranchrawee Uakoolwarawut) and Poppy, both of whom have a crush on Non (Thitipoom Techaapaikhun). Unaware that her friend likes the same guy, Poppy asks Bota to write a screenplay for her in which she and Non will play the main protagonists. The play draws Poppy and Non closer together and Bota starts to feel uncomfortable. While cleaning the attic, Bota finds a secret box in which her mother kept the memorabilia of her first love story. Bota discovers that the story of her mom’s first love is strikingly parallel to her own. But even as she feels a little odd about the similarities, her feelings towards Non grow and a series of events tests her true emotions.

“It's very challenging and we’ve had to work closely with the director, as he is not there to replicate the story. We haven’t copied the original movie as the original ‘Classic’ has a totally different cast. Our aim is to make the film even better. So while the main theme of the story remains, it is essentially a brand new Thai movie with similar sentiments,” she says.

“Love Battle”, meanwhile, which more or less sticks to the Korean script, tells the story of Tan (Prama Imanothai) who comes up with a new insurance policy called Love Insurance after his girlfriend betrays him. The insurance guarantees policyholders a 100-per-cent return of their payment with 30-per-cent interest if they don’t break up for two years after signing the contract. The new policy receives lots of attention but Tan is challenged by the board to collect data proving that most of policyholders will break up before the two- year limit. Incurable romantic Jeed is assigned to work with Tan to collect the data and thus begins a battle of wills.

“That March” is the only original script and was developed by director Chookiat whose previous successes include “Rak Hang Siam” (“Love Of Siam”). The film begins when a 37-year-old Pob moves back to his hometown after the failure of his business. With his supportive wife (Yarinda), he starts to work as a teacher at his old school. Pob left both school and town behind when he furthered his own studies, grateful to escape his conservative Chinese background and strict rules, but the memories soon start flooding back.