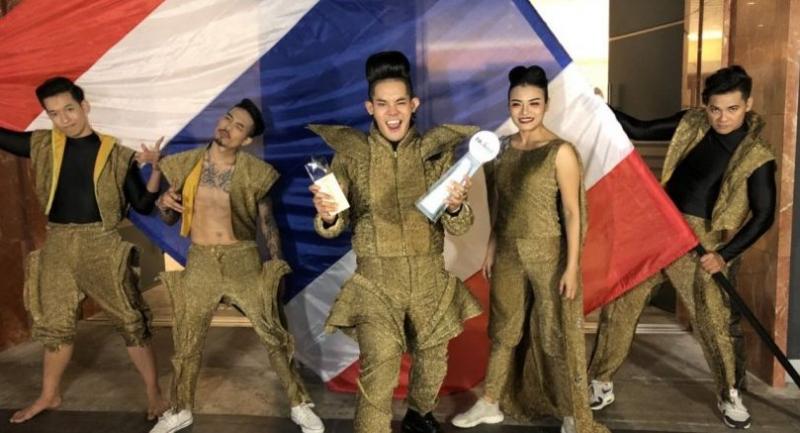 The winners were announced on Friday night at the Hong Kong Convention and Exhibition Centre.

“First of all, I would like to thank all Thais for their continued support, enthusiasm, dedication and passion and for voting for me in these two categories. For this competition, I created a Thai cultural show based around my song, ‘Nang Nual’ and have been working very hard on it for the last four months. These awards have made my exhaustion disappear,” said Keng, who beat competitors from Mainland China, Hong Kong, Taiwan, Japan, South Korea, Singapore and Vietnam.

“During my show, I glanced over at the foreign audience for a few seconds and saw their smiles at my show. It was such a pleasure to put across Thainess,” he added.

This year’s theme, “Music in one Asia +”, aimed to show the great strides the Asian pop-music scene has made in recent years. Given the opportunity of having Asian recording artistes converge in Hong Kong for performances and exchange of ideas, the organiser expanded the coverage of Asian music to Vietnam. The music business forum this year was dedicated to exploring this new market and was entitled “A New Page for Asian Music – The Vietnamese-pop Scene”, where music professionals meet to exchange and share ideas in building Asia as one music market.