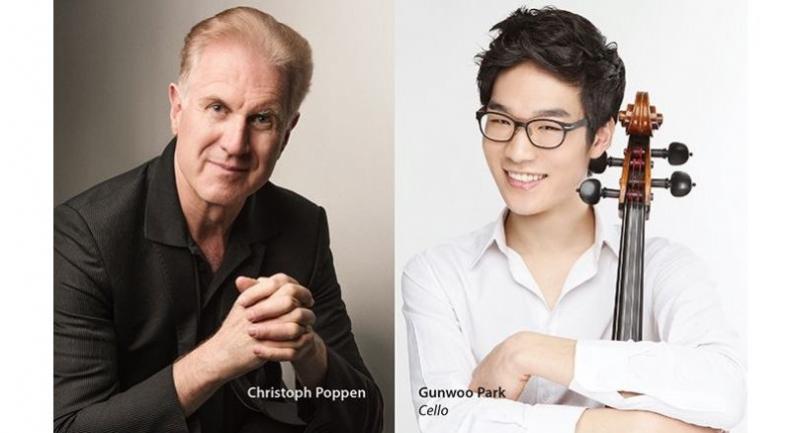 German conductor, violinist and teacher Christoph Poppen is in Bangkok this week for two concerts on the theme “Free but Happy”.

He’ll be leading the Thailand Philharmonic Orchestra and soloist, Korean cellist Gunwoo Park, in the concerts at Prince Mahidol Hall, Mahidol University’s Salaya campus this Friday (June 8) at 7pm and on Saturday at 4pm.

The programme features Dvorak’s “Cello Concerto in B Minor, Op 104” which will be performed by the Korean cellist, Johannes Brahms’s “Symphony No 3 in F Major, Op 90” and a Thai traditional work.

Brahms and Dvor?k had a professional and personal relationship unique in the world of classical music. Adjudicating a competition in 1874, Brahms encountered a massive submission from an obscure Czech composer: 15 works including two symphonies, several overtures and a song cycle. Brahms was visibly overcome by the mastery and talent of this unknown individual and thus began a mentoring period of Dvor?k, who would always feel indebted to Brahms for his kindness and artistic inspiration.

The third Symphony of Brahms was first performed in 1883 to immediate popular acclaim. Audiences looked past the compositional complexities of the symphony to find instant emotional and expressive connection with the four individual movements and the piece as a whole.

When Brahms heard his protege Dvor?k’s cello concerto for the first time he famously said: “Why in the world didn’t I know one could write a cello concerto like this? If I’d only known I’d have done it long ago!” Today, the concerto is the instrument’s most admired symphonic work – famous for its great and unforgettable themes, both noble and expressive. Dvorak wrote the piece in 1894.

Gunwoo Park is a young and exciting new cello talent from South Korea, a winner of the Italian International Cello Competition in 2017.

Tickets cost from Bt400 to Bt1,500 at Thai Ticket Major counters and online at www.ThaiTicketMajor.com.

The Salaya Link shuttle runs between BTS Bang Wa Station and the university. Check the schedule at www.Music.Mahidol.ac.th/salayalink.