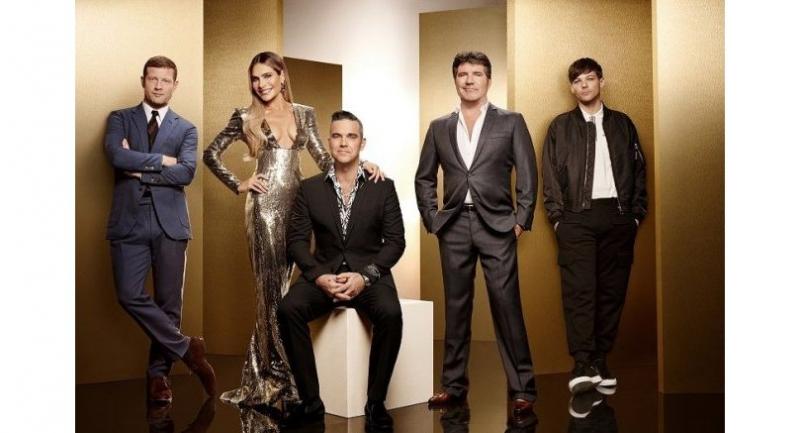 “The X Factor” is now back on the air with new episodes screening on Blue Ant Entertainment every Sunday evening at 6 and Robbie Williams, Ayda Williams and Louis Tomlinson joining show creator Simon Cowell for the new series as judges.

Williams is a global superstar who has won 18 BRIT Awards - more than any other artist in history – and has sold more than 75 million records during his solo career.

Wife Ayda, an actress and presenter, will be competing with her husband to be the winning judge on this year’s show. As well as enjoying a successful acting career on US TV, she has an invaluable inside take on how the music industry works and knows first-hand what it takes to forge a successful entertainment career. It is the first time ever on The X Factor UK that a husband and wife have been judges.

Tomlinson is the first judge to have also been a contestant on the show. As a member of One Direction he has sold more than 150 million records worldwide and achieved more than 100 global No 1s.

Dermot O’Leary returns as host of The X Factor for his eleventh year. As ever he will be on hand to offer contestants words of advice and his coveted hugs.

Sharon Osbourne will return to the judging panel for the live shows.

This series will see the return of the arena auditions at The SSE Arena, Wembley, in front of the judges and a 4,000 strong audience.

This year each of judges has one guaranteed Safe Seat to give in the Six Chair Challenge by pressing a Golden X. The judge can only press the Golden X for one act in their own category. It means the act cannot be swapped out of their chair and they’ll go straight through to Judges’ Houses.

From there, contestants are whittled down for the chance to be on the live shows.

Blue Ant Entertainment is at True Visions 337 and the show can also be seen on AIS Play.

Tags:
music So who