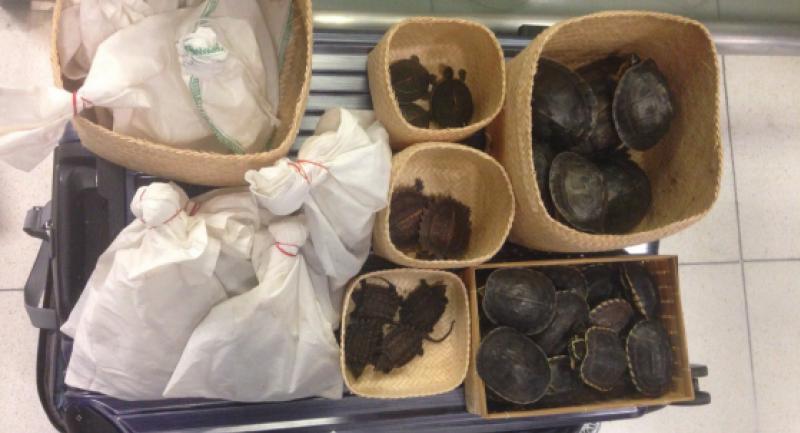 A JAPANESE mother travelling with her six-month-old infant was arrested on Tuesday night at Suvarnabhumi International Airport for allegedly trying to smuggle turtles and other reptiles in her luggage to Japan, police said yesterday.

The woman and her baby boy intended to travel to Japan on an 11.35pm flight when an X-ray machine detected live items in her luggage and officials took her to secondary inspection. She admitted the luggage was hers but could not provide proper documents allowing the export of the animals, which are protected by the 1992 Wildlife Preservation and Protection Act.

Officials arrested the woman and seized the animals.

She said she needed money to take care of her son after separating with the father.

Officials found that she had travelled to Thailand three times before, and she reportedly confessed to previous acts of smuggling.

She was initially charged with attempting to export protected animals without a permit and remanded to police custody pending further legal action. The baby remained with his mother.

Police said they had contacted the Japanese Embassy, asking officials to notify the woman of her rights and contact her relatives so she could apply for bail.