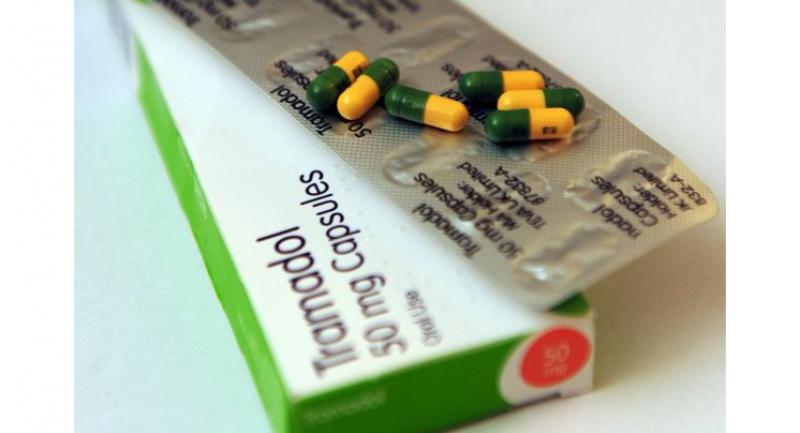 TOUGHER restrictions will be imposed on the sale of the painkiller tramadol to tackle drug misuse among teenagers, a director of the Office of the Narcotics Control Board (ONCB) said yesterday.

TSale of painkiller to be restricted amid teen craze

TOUGHER restrictions will be imposed on the sale of the painkiller tramadol to tackle drug misuse among teenagers, a director of the Office of the Narcotics Control Board (ONCB) said yesterday.

Tramadol misuse and addiction among teenagers had been evident in Thailand since 2013.

Kanyanan Kongpatnitiroj, the ONCB Narcotics Analysis and Technical Service Institute director, warned that overuse can lead to serious side effects and withdrawal symptoms such as nausea, vomiting, seizures and coma.

Now the board will limit the number of pills that pharmacies can sell at any one time to 10.

Tramadol misuse among students and teenagers had become more problematic.

“Right now, the ONCB has been working with the Education Ministry to progress drug surveillance around schools in Bangkok and surrounding provinces. We have also notified the Pharmacy Association and registered pharmacies to sell no more than 10 tramadol pills at one time,” she said.

Tramadol was used in the wrong way by teenagers who were mixing a large amount of the drug with soft drinks, coffee, or alcoholic drinks. Those taking Tramadol this way may experience feelings of euphoria that make them crave more of the drug and can lead to addiction, she said.

When the drug is overused over a long time, severe side effects such as weakness in the limbs, seizure and coma can prove fatal.

According to the Food and Drug Administration (FDA), tramadol is a very useful medicine for treating moderate to severe pain. It is effective in relieving chronic widespread pain, cancer pain, and moderate-to-severe musculoskeletal pain.

Tramadol works by restraining the body’s absorption of serotonin and norepinephrine and increasing release of serotonin in the brain, causing the patient to feel less pain.

The FDA said that although tramadol is not as addictive as morphine, overuse can lead to addiction. It said use of the medicine should be under the control of a doctor and taken strictly as prescribed.

The regulatory body said the recommended dosage of tramadol is 50-100 milligrams once ever four to six hours, up to a maximum of 400 milligrams. Currently, tramadol is on the dangerous drugs list under the Medicine Act and pharmacies must register buyers and limit the amount sold.

Kanyanan said codeine and pentazocine were also misused by teenagers in a similar way.