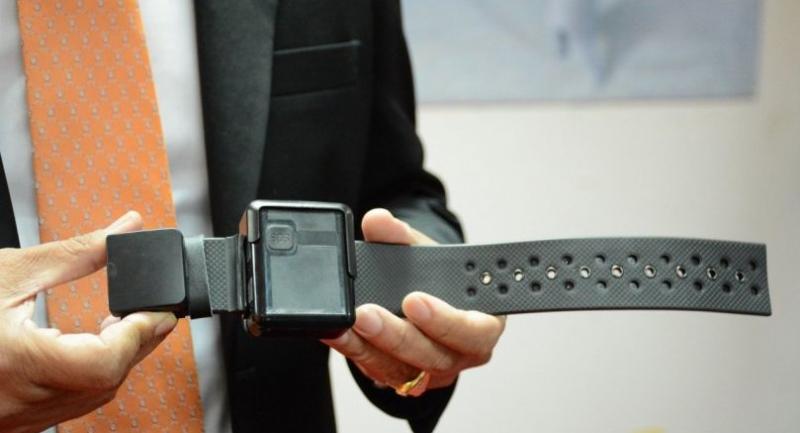 THE Court of Justice (CoJ) will adopt a new risk-assessment procedure for inmates and electronic monitoring anklet will be introduced for defendants under the scheme that takes effect on February 1.

The move is an attempt to reduce inequality in the pre-trial release of defendants, its secretary-general said.

The electronic anklet  will have to be worn by detainees who pass the assessment but were deemed a higher escape risk.

Under the new scheme, people charged with minor offences liable to punishment of no more than five years in jail – but who cannot afford bail – will have an opportunity to be released if they pass the risk assessment and get approval from the judge, Athikom Intuputi told a press briefing.

The scheme will be adopted under a trial programme in five courts for one to three years. They are Bangkok South Criminal Court and Chanthaburi, Chiang Mai, Kalasin and Nakhon Si Thammarat provincial courts.

Athikom said that while most courts allowed pre-trial release, the latest statistics showed that almost 60,000 inmates – around 20 per cent of the total in prisons – were still awaiting trial.

He believed most had been charged with minor offences but could not afford the bail, hence they remained locked up. On the contrary, the better-off defendants could apply for bail and lead a normal life before facing trial.

Under the scheme, Athikom explained, court officials would put inmates’ data on an assessment form and calculate the risk of escape, which would then be submitted to the court for further deliberation. If passed, the inmates would be released without bail, he said.

CoJ spokesman Suebpong Sripongkul said the risk assessment would be divided into five levels, from most to least. It would take into account each inmate’s criminal record, escape risk, repetition of offence risk, and the threat the inmate might pose to society.

The release would then be at the discretion of the judges, he said. For those demonstrating higher risk of escape, the court would use tracking devices such as electronic anklet or smartphone applications, Suebpong said.

Officials would face legal consequences if they did not conduct the assessment fairly or abused their authority to favour inmates, he said.

Mookmethin Klannurak, chief judge of the Office of the President of the Supreme Court, said that the court would compare the number of escapes between those released on bail and those released under the new risk-assessment scheme. The result would be used to develop and improve the assessment to ensure the court did not release or detain the wrong people.

He said the scheme could help reduce the state budget spent on inmates.