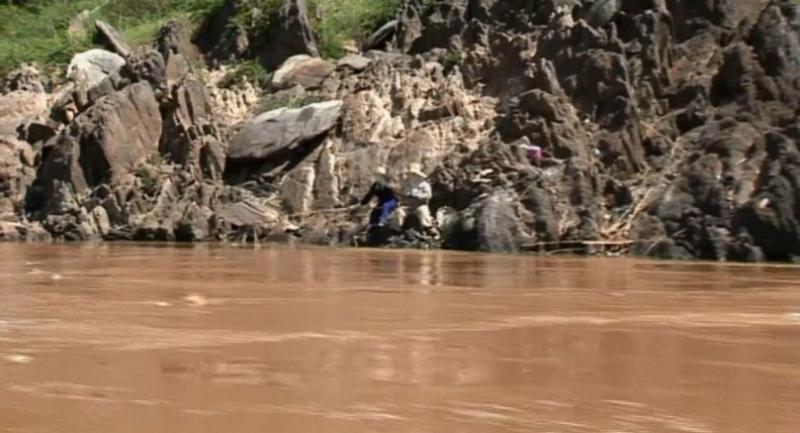 Countries through which the Mekong River flows have long held an ambition to turn the 4,000-kilometre channel into a “fast track” for trade.

The latest of several plans hatched over the decades is the Master Plan for Regional Waterborne Transport in the Lower Mekong Basin, which was finalised and endorsed by the Mekong Joint Committee last year.

News of the go-ahead for the projects quickly reached locals living along the Mekong in Chiang Rai, where large Chinese cargo ships are already causing headaches.

It remains unclear who is spearheading the projects, but the fact that the starting point is the Chinese port of Simao strongly suggests Beijing is behind the push. In fact, China has been attempting to develop the river for several years, blasting out obstacles and rapids upstream to clear passage for its cargo ships to Chiang Rai’s Chiang Saen and Chiang Khong districts.

It’s obvious who stands to benefit from the projects. But what remains less clear is the scale of potential damage, concern over which has spurred residents living along the river to cry foul.

Shortly after the cabinet resolution in late December, the Network of Thai People in Eight Mekong Provinces joined some 10 other activist organisations to issue a statement strongly opposing the resolution. They claimed that the projects, especially the navigation development plan, would cause severe impacts on the riverine ecosystem as well as local livelihoods.

They also echoed government concern by warning of potential changes to national riverine borders if shoals and rapids were removed.

But what is likely the critical point is the challenge to the current river governance process itself.

Rules governing the ways in which the river can be used are imposed by the Mekong River Commission (MRC), which acts as a regional forum on sharing the river’s resources.

One of the few regulations that all Mekong countries must comply with is the Procedures for Notification, Prior Consultation and Agreement, under which consultation is required for any projects deemed to cause potential impact on neighbouring countries.

But the regulation suffers from a murky definition of consensus that leaves decisions open to interpretation. More importantly, the MRC’s rules and regulations apply only to the signatories – the four Lower Mekong countries – and don’t cover upstream countries China and Myanmar.

As if unwilling to accept that its upstream channel is part of the same river, China has given it a different name – the Lancang. China has never been an MRC member, preferring the status of dialogue partner, meaning that it remains outside MRC rules and regulations.

As such, the emerging projects pose a serious challenge to the existing system of river governance.

The MRC must now prove that its stated purpose – to help promote sustainable development for all – is not empty talk. And Mekong countries must help make that happen, by foregoing their impulse to pay lip service to MRC goals before hastily clambering aboard the bandwagon every time they see short-term benefits.

Otherwise, “development” threatens to become a term of bitter irony for the millions who depend on the river for their livelihoods.