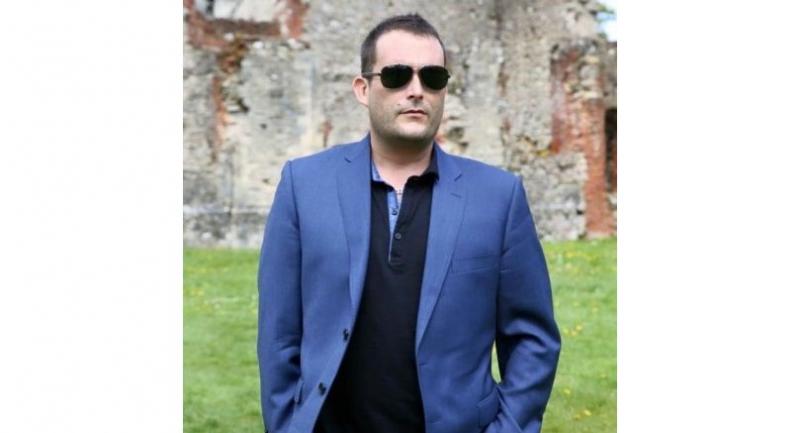 Senior police officer tied to victim who had been accused of illegal activities.

A HIRED hitman with alleged links to organised crime is believed to be the killer of a British businessman who was shot dead in his car in Chon Buri’s Bang Lamung district on Tuesday.

The killer is described as being a bearded, chubby, fair-skinned man who could be of Indian origin.

Witnesses said the hitman waited at a roadside pavilion near the scene of the crime for one to two days before the shooting, a source in the police investigation team said yesterday.

Tony Kenway, 39, a father of four, was shot dead in broad daylight on Tuesday as he was getting into his Porsche Cayenne in the parking lot of the Sanit Sports Club in Chon Buri’s Tambon Pong.

Kenway’s Thai wife Somporn Kenway, 32, told police that he ran a website design company and was involved in a business dispute, although she added that she did not know if the dispute was the motive for the murder.

Police plan to question a police lieutenant-colonel from Provincial Police Region 3 who was reportedly close to Kenway and who had bailed the Briton out of Immigration Police custody last December, a high-ranking source at the Royal Thai Police revealed.

Authorities said they believed the victim might have been killed over a dispute related to illicit businesses that he allegedly was involved in, the source said.

Jirawut said Kenway had been arrested in late 2015 for working without permission and conspiring to hire foreigners to work illegally in Thailand. The case was currently under consideration by the Pattaya public prosecutor.

A source said that on January 12, the unnamed police lieutenant-colonel obtained a 30-day extension until February 24 on Kenway’s release on Bt200,000 bail, as the Briton was supposed to meet prosecutors on February 23.

Another source reported that Kenway was arrested last September and deported for allegedly using Thailand as a base to sell stocks to foreigners. Aggressively selling stocks, which are sometimes deceptively represented to clients by telephone, is often referred to as a “boiler room” operation.

Kenway returned to Thailand and was initially detained in line with the Immigration Act 1979 before being granted bail, the source said.

The killing has made headlines in the UK after video footage was posted showing the gunman shooting Kenway as he got into his car. The camera then shows the gunman jumping on the back of a motorcycle and tracks the motorcycle as it drives off.

The Daily Mail Online reported that the murder of Kenway, who had become a father for the fourth time last September, had devastated his family members, who said they had no idea why he was targeted.

Kenway’s sister Kirsty Kenway, 31, was quoted as saying: “I don’t really know what happened to my brother. He’s been in Thailand for years and he’s been happily married for five years ... He had a brilliant life out there and he did a lot for charity, and helped build some schools ... He did a lot of work in IT and was a big fan of sports cars.”

The Daily Record reported that Kenway’s cousin Alan Hewlett wrote on Facebook: “Our family is all in shock, he was a loving dad and husband and a good man.”

A British Foreign Office spokeswoman was also quoted as saying: “We are in contact with the family of a British man following his death in Pattaya, Thailand. Our sympathies are with them at this difficult time. We are in touch with the local police.”