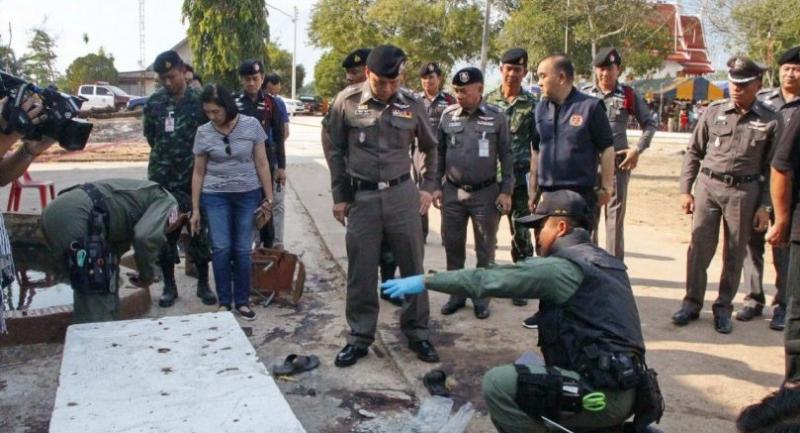 A BRAWL BETWEEN two groups of teenagers at a temple fair in Chachoengsao province early yesterday resulted in a grenade attack that killed four and injured five, police said.

The attack happened at 1am yesterday at Amphawan Temple in Moo 1 village of Tambon Lat Krathing in Sanam Chai Khet district.

Police said three teenagers died at the scene and another died at Sanam Chai Khet Hospital. Four others were severely injured and another has been discharged from hospital after suffering slight injuries.

The explosion caused a 40-centimetre-wide and 20cm-deep hole.

Saneh Thamkham, an assistant village headman of Moo 6 village, said the temple fair ended at 11.30pm on Saturday night but two groups of teenagers stayed in the area, until a conflict erupted leading to the fatal grenade attack.

The temple fair began on Thursday and was supposed to end tonight. Saneh added that he was surprised that the teenagers had been drawn to the venue as it only featured traditional shows, not contemporary music concerts.

Pol Captain Banthom Ramaphat, a deputy crime inspector of Sanam Chai Khet police |station, said forensic officers had collected |evidence at the scene and police were seeking to arrest the perpetrator of the attack.