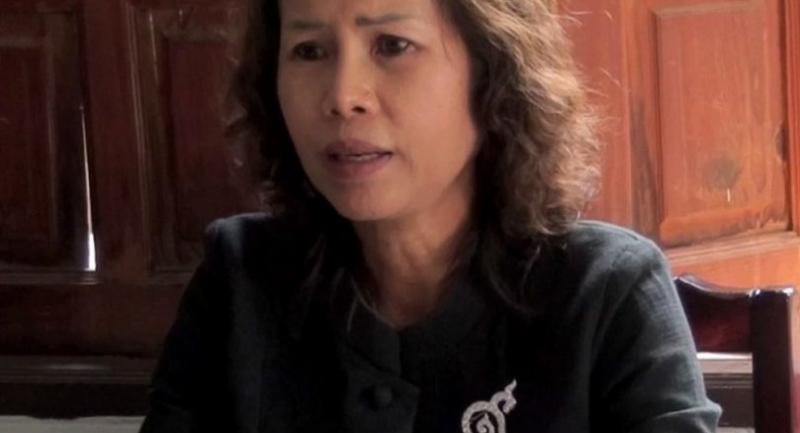 A SAKHON Nakhon-based eyebrow tattoo artist has emerged as a fresh witness in support of former teacher Jomsap Saenmuangkhot’s claim of innocence in a 2005 crash, the chairman of a newly-established centre taking complaints regarding cases allegedly involving scapegoats said yesterday.

The team tracked Jomsap’s movements on March 11, 2005, starting from her request for early leave from school to her transferring the ownership of her pick-up truck to Prapat Saenmuangkhot at the Sakhon Nakhon land transport office at 2.30pm.

She then borrowed the truck to place a reservation for a new sedan at the Honda Service Centre, which also presented a reservation slip dated March 11, 2005. Her claim that she stopped at a shop at around 5pm for an eyebrow tattoo and then left the shop at around 6.40pm before doing going shopping was also corroborated, Kittisak said.

He added that she apparently arrived home at around 8pm, so the centre was confident that she was innocent.

The fatal crash took place at around 8pm about 40 kilometres from Jomsap’s home.

Tattoo shop owner Pattawan Boonchuay said she provided the tattoo service to Jomsap, although she could not provide the exact time.

The centre’s director-general, Wiwat Charoenpanichsiri, said the agency would report its findings to the Justice Ministry and send a team of investigators and lawyers to help during the retrial.

Jomsap was sentenced to three years and two months in jail for allegedly killing an elderly man, Lua Phorbumrung, in the crash. She served a year and a half before being released by royal pardon in 2015.

While the Justice Ministry has sought to help her to seek a retrial, which she has said would prove her innocence, police have stood by the original evidence and claimed that her supporters formed a network fabricating evidence to help her case.

The Nakhon Phanom Court will hold hearings from Wednesday to next Friday where witnesses and evidence will be presented by both sides as a step towards a possible retrial.