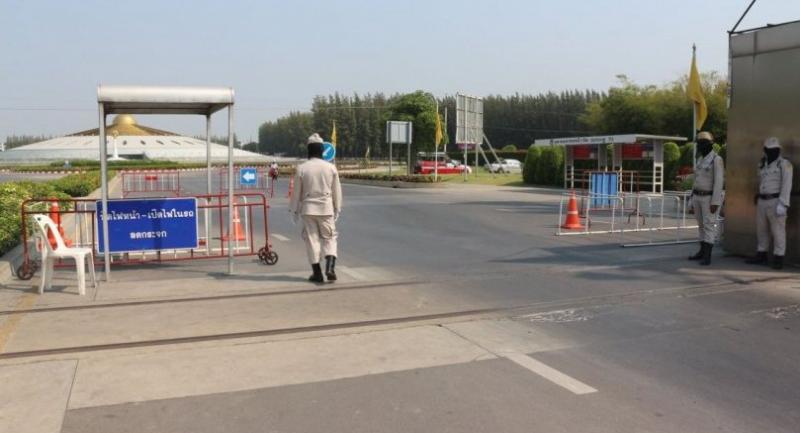 THE DEPARTMENT of Special Investigation (DSI) has not decided when to raid Dhammakaya Temple to arrest its controversial honorary abbot despite unconfirmed reports that an operation was imminent.

“When we are ready, we will tell you,” DSI chief Pol Colonel Paisit Wongmuang said yesterday.

The temple’s honorary abbot, Phra Dhammachayo, whose name has been linked to several scandals is now wanted on money-laundering charges related to the notorious embezzlement case involving the Klongchan Credit Union Cooperative. Ongoing investigations have suggested a network connected to the monk had received more than Bt1 billion from the cooperative.

“All other suspects in the case have already acknowledged the charges,” DSI chief Pol Colonel Paisit Wongmuang said yesterday.

He said the DSI and police had met regarding Phra Dhammchayo’s case at least once a month.

Dhammakaya Temple, which spans a large plot of land in Pathum Thani province, has been sheltering Phra Dhammachayo from the law. Temple staff claim the monk is too ill to answer summons.

The situation around the temple was normal yesterday. Gate 7 was still open to allow temple followers to enter and exit, while one of three guards on duty said: “We have not received any special order to boost security.”

There was no unusually heavy presence of police or other officers in the area.

In a related development, police have summoned seven board members of the Dhammakaya Foundation for questioning for allegedly building in the compound without proper permission.