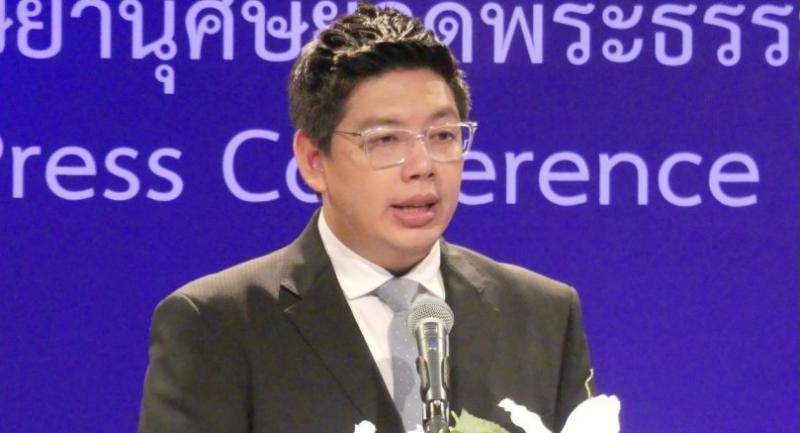 THE SPOKESMAN for followers of Dhammakaya Temple, Ong-art Thamnita, who was wanted on a charge of incitement, surrendered to Pathum Thani’s Klong Luang police on Wednesday night.

The arrest warrant for Ong-art, issued on December 15, was in accordance with Section 116(2) of the Criminal Code.

The Department of Special Investigation (DSI) filed a police complaint on December 13 at the Crime Suppression Division (CSD) over Ong-art’s public statements on December 11, which laid out temple followers’ nine-point manifesto regarding the criminal case against the temple’s founder and former abbot, Phra Dhammachayo.

The DSI claimed that Ong-art’s statement allegedly incited disaffection in a manner likely to cause a disturbance in the public.

Following Ong-art’s surrender, CSD officers agreed to support his bail release on the condition that he does not leave Thailand and ceases acts of incitement.

Ong-art yesterday posted a message on his Facebook page stating that he had surrendered to fight the charge and prove his innocence.

He said he believed in his own righteous and honest intention in providing facts to the public via the media so authorities would understand how temple followers believed that the ongoing controversy would be resolved peacefully.

“As [people’s] time on Earth is short, everyone will die in less than 100 years. So people should spend the time making merit and doing good deeds together without fear,” he said.