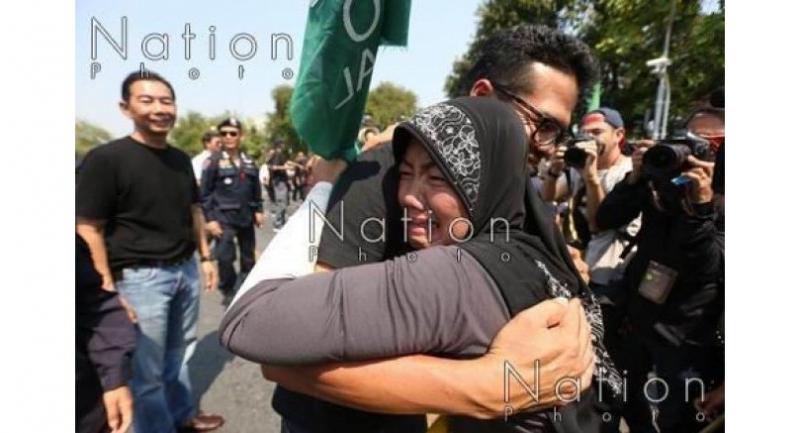 THE GOVERNMENT has accepted demands from protesters and ordered that the Environmental and Health Impact Assessment (EHIA) of the Krabi coal-fired power plant be restarted from the beginning.

The move has concerned officials at the Electricity Generating Authority of Thailand (Egat), who voiced fears that the delay would affect power stability in the South.

After a tense confrontation between protesters opposed to the plant and state officials, which escalated after Prime Minister General Prayut Chan-o-cha approved the controversial coal plant on Friday, the government backed down yesterday and agreed to protesters’ demands, ordering that the public participation process within the EHIA be restarted.

Authorities also released five prominent leaders of the protest who were arrested and detained at the 11th Military Circle in Bangkok on Saturday.

Prayut said work on the coal-fired power plant would not be allowed unless the project passed the EHIA.

“If a specialist committee states that the entire EHIA study has to be restarted, Egat and the Energy Ministry must follow [that advice]. This is linked to the Energy Policy Planning Office committee’s conclusion that the project must follow proper guidelines under the law, especially the EHIA consideration,” Prayut said.

Prasitchai Nu-nuan, one of the protest leaders, told reporters after his release that he was treated well in custody and very happy with the decision to scrap the current EHIA. The report had been under the consideration of the Office of Natural Resources and Environmental Policy and Planning.

“The Krabi coal-fired power plant project has legally been cancelled, as the government has announced that the current EHIA for the project is scrapped,” Prasitchair said.

“If Egat wants to restart the project, they will have to do the EHIA study all over again and this time there will be a special committee to oversee all of the EHIA study to make sure that all points of concern will be covered in the report.

“Therefore, we can say that our campaign was successful, as the government listened to us. We would like to thank the prime minister and the government because they understood us, and we will return home.”

He said the government had promised that the agreement would be made official by a Cabinet resolution tomorrow, so his group were looking forward to the official statement.

Government Spokesman Lt-General Sansern Kaewkamnerd said earlier the government and protesters had had difficulties understanding each other, but the government yesterday talked with protest leaders and acknowledged their worries about the project, which allowed both sides to reach an agreement.

“We reached an agreement that there is a need to have a new power plant in the South, but protesters were concerned about the doubtful public participation process in the EHIA study of the power plant. So, we informed the prime minister and he ordered the entire EHIA process to be improved and the public participation to be reset,” Sansern said.

He said the prime minister ordered that the EHIA process must be aligned with suggestions from relevant committees.

However, he said the move did not mean the coal-fired power plant project was permanently cancelled.

He also did not confirmed that there would be an official statement after the Cabinet resolution tomorrow.

Meanwhile, Egat governor Kornrasit Pakchotanon expressed worry that the government order to restart the EHIA study would increase the risk of power instability in the South. But he said his agency would comply with the order.

“We are ready to do whatever the government orders and we do not have a problem with doing the EHIA report again. But this means the project will be further delayed by up to seven years and by that time the power stability of the southern region will be at risk,” Kornrasit said.

“We also worry that public participation will be disrupted by the opposition group, who are people from other provinces, and even if the EHIA consideration for the project is passed, they will start the protests again.”

He said Egat was developing a new power line from the Central region to the South to prevent power shortages. The agency was also considering investment in a new gas-turbine power plant, which would be easy to build but would cost more to operate.

“The new power-line can transfer around 600 to 1,000 megawatts of electricity to the South, but it is not a good solution. We still need a fossil-fuel power plant in the South to ensure power stability,” Kornrasit said.

He said the decision would not affect progress on the 1,100MW coal-fired power plant in Thepa in Songkhla, which was a separate project that Egat would prioritise to ensure it is completed by the 2022 deadline

The road towards project approval

Project approval of the Krabi coal-fired power plant will take at least two years to compete these processes:

1.    Egat and a consultant company conduct an Environmental and Health Impact Assessment (EHIA) for the project

2.    Egat submits the report to the Office of Natural Resources and Environmental Policy and Planning (ONEP) to consider

5.    The National Environment Board considers the project

6.    The Cabinet makes a final |decision on the project