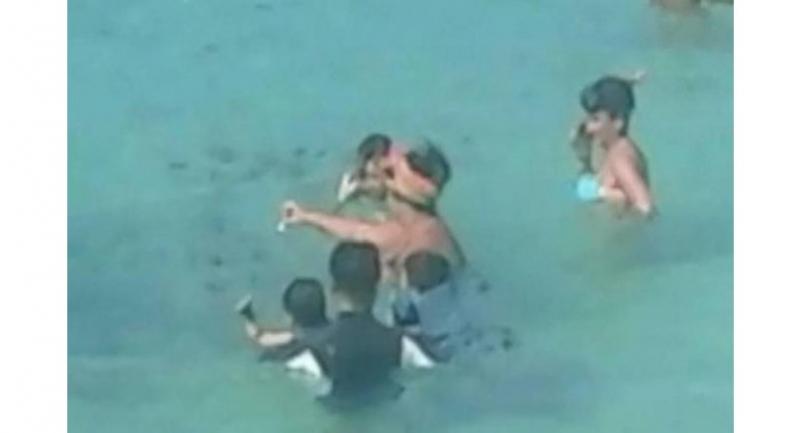 Smirnova spent two nights in jail before being bailed out yesterday. Photo: DMCR

A Russian tourist spent two nights in jail for feeding fish at Koh Racha before paying 100,000 baht bail to be released from a holding cell at Phuket Provincial Court Tuesday.

Her passport has been held by the court and she is not permitted to leave the country until after her case is tried there. Her initial hearing is not until March 6.

Olga Smirnova, 53, was arrested by Marine and Coastal Resources Department (DMCR) officers at Koh Racha Yai on Sunday and was later taken to Chalong Police Station.

“We allowed for her to be released on bail the same day that she was arrested. However, she could not raise the required amount of 100,000 baht (approx USD 3,000), so she had to stay in the holding cell at the police station for two nights,” Lt Sakarin Sangjaroen of Chalong Police admitted to the Phuket Gazette.

“As per Thai law, a suspect can stay in a police station holding cell for a maximum of 48 hours. After that we have to send them to court jail, which we did yesterday,” he added.

Smirnova was bailed out by her friend who paid the money on her behalf.

“At this stage, we are waiting for the results of a 'criminal background' check before submitting the case to the prosecutor. We cannot say exactly how long that will be. Generally, the process takes about a month,” said Lt Sakarin.

The Gazette contacted Smirnova for a comment. However, her friend said she is not comfortable giving an interview at this time.