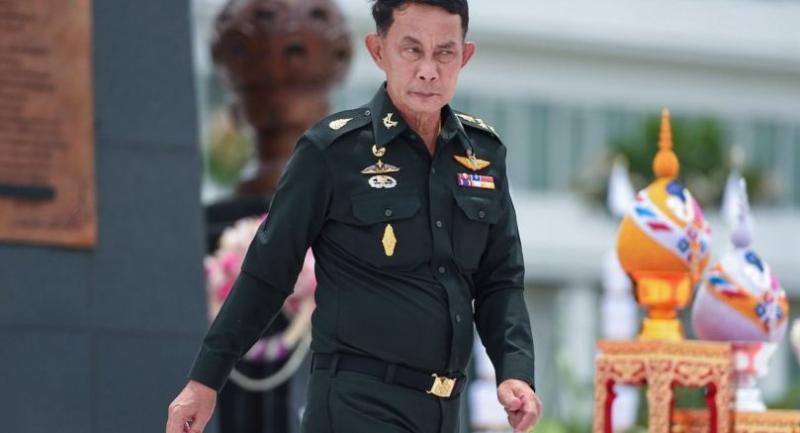 Gen Preecha Chan-o-cha, one of seven legislators allegedly found to be excessively absent from vote casting in law deliberation meetings

SEVEN legislators who were allegedly absent from National Legislative Assembly meetings on more than the permitted number of occasions will not lose their membership because they submitted their leave requests properly, the NLA said yesterday.

Embattled General Preecha Chan-o-cha, a brother of Prime Minister Prayut Chan-o-cha, was found to have attended and cast votes beyond what was expected, according to released statistics.

The NLA held a press conference yesterday to show statistics on members’ attendance of the meetings. There were 1,264 votes in 2016. To secure their seats following the interim charter’s stipulation, the NLA members were expected to cast no less than one-third, or 421, of all votes.

Some members – namely Air Chief Marshal Jom Rungsawang, secretary-general to the Council of State Distat Hotrakitya, ADM Na Areenich, and director of the |Budget Bureau Somsak Chotirattanasiri –did not reach the designated number, with each casting 398, 214, 230, and 387 votes respectively.

But the four NLA members would not lose their seats for they had correctly submitted leave forms, said Wararat Atibaedya, secretary-general of the Senate now serving the NLA.

Wararat was assigned by NLA President Pornpetch Wichitcholchai to explain about the legitimacy of the members, whom the watchdog Internet Law Reform Dialgoue (iLaw) found to be statistically unqualified to remain on their seats due to their large number of absences.

Pornpetch also earlier lashed out at iLaw for falsely claiming that some NLA members were absent from the meetings for more than 400 days. The watchdog responded that the number refers to vote-casting, not days of absence.

The other three members named by iLaw are Federation of Thai Industries chairman Supant Mongkolsuthree, ADM Pallop Tamisanont and Preecha, a younger brother of the PM, who has faced a series of controversies for allegedly inappropriate actions.

While Wararat’s statistics show their attendance for the whole year, iLaw, however, formulated the numbers based on the NLA regulations, which requires one-third of the votes within 90 days of a normal law deliberation period.

There are normally two rounds of the 90-day law deliberation period per year.

iLaw’s calculations on the first round from January to March and the second round from April to June last year show that the seven members failed to reach the expected vote-casting number.

In response to the NLA president’s criticism, iLaw called on the NLA to examine the attendance of all NLA members, as it believed there would be more people found to have been absent from the meetings.

It insisted that from the beginning, the NLA had distributed the statistics based on the number of votes, not days, as being countered by Pornpetch.

Meanwhile, the NLA will set up a sub-panel to examine evidence to determine whether the seven members had breached NLA regulations. Its report should be completed within 30 days.