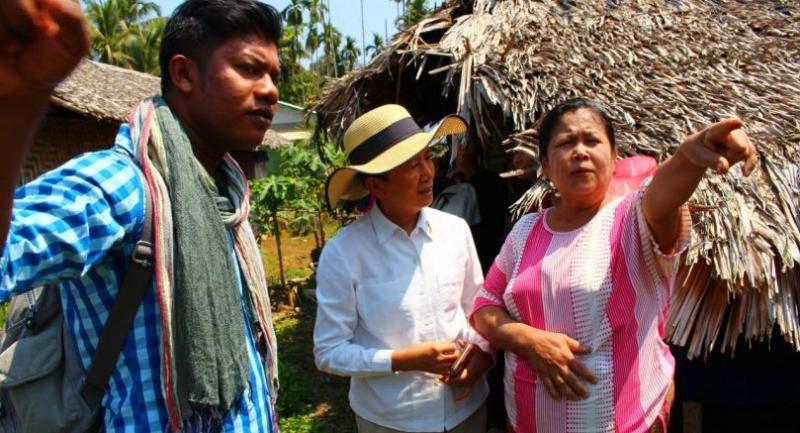 COMMUNITY groups in Thailand and Myanmar have urged protection of human rights and prevention of environmental impacts – after Thai entrepreneurs were reported to have carried out abusive and environmentally damaging acts in neighbouring countries.

The groups said rising investment by Thai companies in neighbouring states such as Laos, Myanmar and Cambodia had stirred growing concerns over a lack of accountability in regard to human rights and environmental impacts.

The organisations urged the Thai government to follow recommendations of a Cabinet resolution from May 16 last year, which established mechanisms to try to ensure that the private sector respects the fundamental rights of local communities.

“We call on the Thai government to comply with recommendations and set up such a mechanism, together with other measures to ensure full adherence to the three pillars of the [UN] guiding principles, and obligations of the government and Thai state agencies to protect and respect human rights and remedy human rights abuses in trans-boundary investment,” the statement read.

Many Thai investors have caused social and environmental damage to local areas, the statement read – at the Dawei Special Economic Zone in Myanmar; the Xayaburi Dam and the Hongsa coal-fired power plant in Laos; and sugar plantations in Koh Kong and Oddar Meanchey in Cambodia.

The Dawei network also issued a statement echoing similar sentiments and urging the Myanmar government to ensure that foreign companies follow Myanmar’s environmental laws and include public participation at every stage of projects.

“After implementing a market economy system in Myanmar, foreign investment has been increasing rapidly, as the government believes that it will lead to social and economic development,” Thant Zin said.

He said companies had to take responsibility for problems they caused, adding that both the Thai and Myanmar governments had to establish laws and regulations to control investors.

“Thailand has committed to the United Nations Guiding Principles on Business and Human Rights, which obligates enterprises to respect human rights and prevent environmental damage in areas in which they operate,” Tuenjai said.

She said the Thai National Human Rights Commission had investigated cases involving Thai companies that had allegedly conducted improper operations in Dawei and violated the human rights of local people, as well as causing environmental problems related to the Heinda tin mine and a land dispute at the Dawei Special Economic Zone.

“We will conduct reports and seek solutions from relevant agencies and Thai companies on these issues soon,” she said.