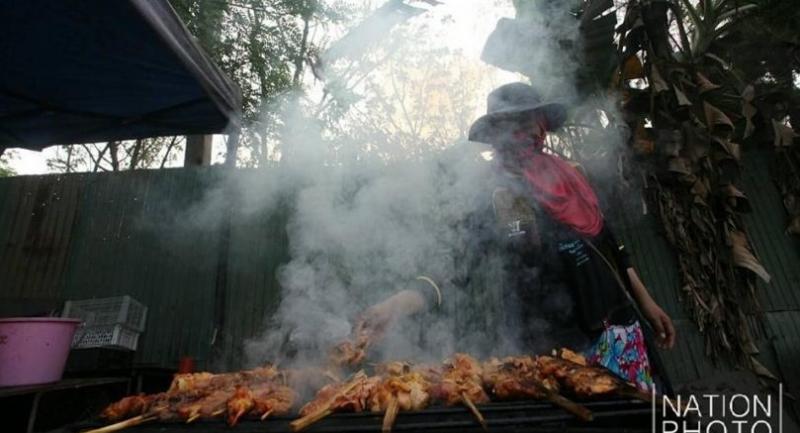 A vendor prepares grilled chicken for sale on the roadside stall near Dhammakaya Temple in Pathum Thani as life returns to almost normal following the authority's suspension of temple search.

Life has returned to normal for vendors selling goods along Klong An and those living near Dhammakaya Temple in Pathum Thani's Klong Luang districts following the Department of Special Investigation’s (DSI) suspension of its long-running search operation for the temple’s former abbot Phra Dhammachayo.

The traffic flow on the road running along Klong An is also back to normal after police had stopped motorists at checkpoints implemented when the junta declared the temple and nearby Klong Luang Central Market a controlled area.

Army chief General Chalermchai Sitthisart, in his capacity as secretary-general of the National Council for Peace and Order, said the junta body would at a meeting on Tuesday discuss an amendment to the junta order allowing public members to come in and out of the temple as per normal.

However, Army officers will still be stationed around the temple despite DSI officers withdrawing, he added.

Also on the agenda of Tuesday’s meeting is a discussion on the results of the 23-day search operation for Phra Dhammachayo.