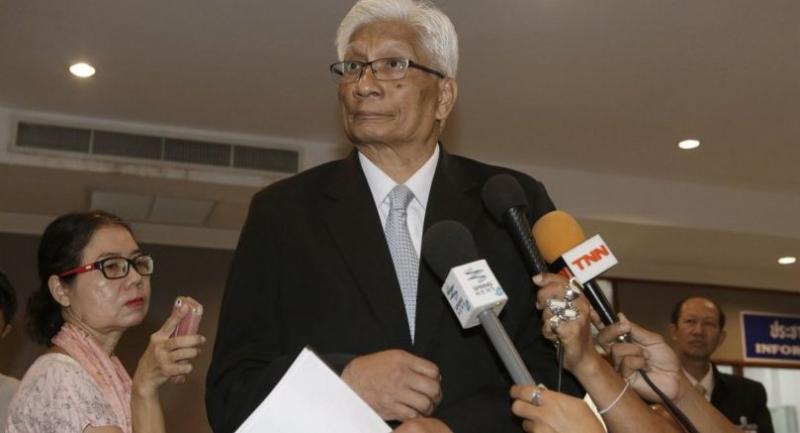 JUSTICE MINISTER Suwapan Tanyuvardhana has told the Department of Special Investigation (DSI) to consult with related agencies to cancel the order, issued under Article 44, that made Dhammakaya Temple in Pathum Thani a controlled area.

The matter will be discussed with Deputy PM Wissanu Krea-ngam next week, he said yesterday.

The minister said officers hunting for fugitive former abbot Phra Dhammachayo have not found any information to suggest he has left the country and the search was focused mainly in Thailand.

Phra Thatthacheevo and nine others from three involved foundations surrendered early yesterday in response to a second police summons to hear the encroachment charge at the Natural Resources and Environmental Crime Suppression Division office in Bangkok. Another 10 – five monks and five laywomen – who also received summonses, asked for a postponement until April 4.

Srivara said all the suspects initially denied the charge. He said they would be temporarily released later yesterday so they could meet investigators today to be sent to the Sikhiu Provincial Court for the first 12-day detention application.

A Dhammakaya meditation centre in Khao Yai has also come under scrutiny after claims that it encroached on forest and agricultural reform land.