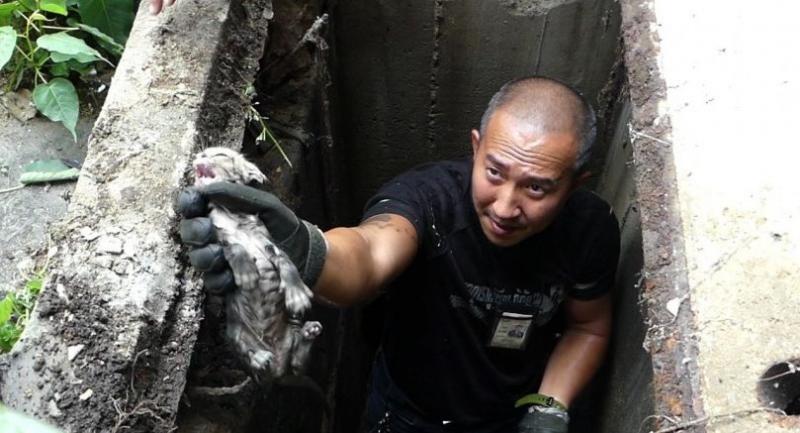 The team was alerted by owner of the kitten who lived in a housing estate in the district.

Sunee Parichart, 33, told the team that she had a mother cat who later delivered five kittens. About three days ago, a kitten went missing and she learned from a neighbour that he had seen the little cat being chased by a dog. On Tuesday, she heard meowing sounds in the drain and found the soaking-wet kitten there.

However, as they could not open the cement lid of the drain, they called in the rescue team, who eventually managed to save the kitten.

A neighbour asked Sunee if she could adopt the lucky cat but she turned down the offer, saying she would take care of it by herself.