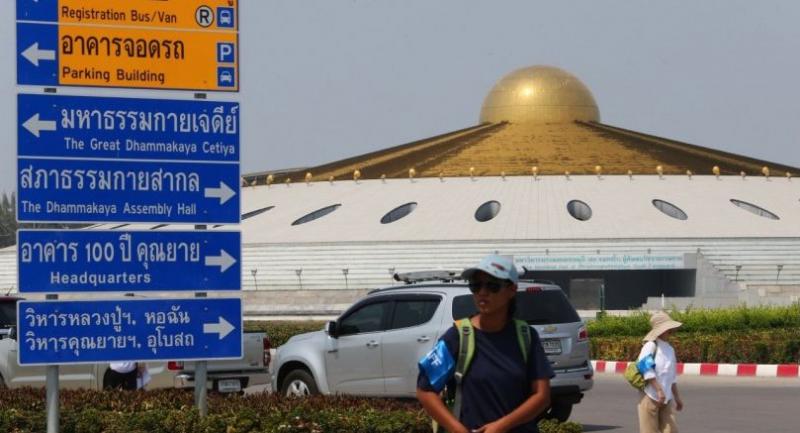 THE scandal-hit Dhammakaya Temple and nearby areas are no longer a special control area, according to the Royal Gazette that came out yesterday.

The National Council for Peace and Order (NCPO) has decided to ease enforcement at the site.

“We have decided to remove the temple from the special control area list,” NCPO chief and Prime Minister General Prayut Chan-o-cha said.

The huge temple complex in Pathum Thani was declared a “special control area” under NCPO order no 5/2017 in February amid intensifying efforts to apprehend its honorary abbot, Phra Dhammachayo. The controversial monk is wanted on charges of money laundering in relation to a huge embezzlement case involving Klongchan Credit Union Cooperative.

The order was issued under Article 44 of the former interim charter, which gives the NCPO chief overwhelming powers.

Under the order, the temple and its surrounding areas were put under special control with soldiers, police and officials from the Department of Special Investigation (DSI) surrounding the complex. From mid-February to early March, officials scoured the temple compound in an attempt to apprehend Phra Dhammachayo, but the former abbot eluded capture.

Despite facing an arrest warrant, the controversial monk has not turned himself in and remains at large.

During the crackdown, several minor confrontations occurred at the temple as a large number of Dhammakaya followers challenged authorities. Many supporters rallied at the temple to keep officials seeking to arrest him at bay.

Two deaths were reported during the period – one suicide in protest against the NCPO order, and one woman who reportedly succumbed to asthma after medical staff could not reach her in time due to the security cordon, although authorities disputed that account.

Authorities agreed to reduce the number of officials in the special control area last month, after police promised to pursue more than 300 cases against Dhammakaya Temple and its key members, including then-acting abbot, Phra Thattacheevo

HM King Maha Vajiralongkorn has also revoked monastic ranks granted to Phra Dhammachayo and Phra Thattacheevo in response to a petition from the government.

Relevant authorities including the Sangha Supreme Council and the National Buddhism Office also took steps to secure administrative control of the temple and to put it under scrutiny.

Government Spokesperson Lt-General Sansern Kaewkamnerd said the NCPO had decided at its meeting yesterday that the temple should no longer be listed as a special control area because the situation had become less tense with agreements made with temple staff.

Meanwhile, Justice Minister Suwaphan Tanyuvardhana said available records suggested Phra Dhammachayo was still in Thailand. “But the latest information from the DSI suggests he may no longer be at the Dhammakaya Temple,” he said.

Suwaphan said authorities would welcome tips about Phra Dhammachayo’s whereabouts. “We will continue our efforts to have him brought to justice,” he said.