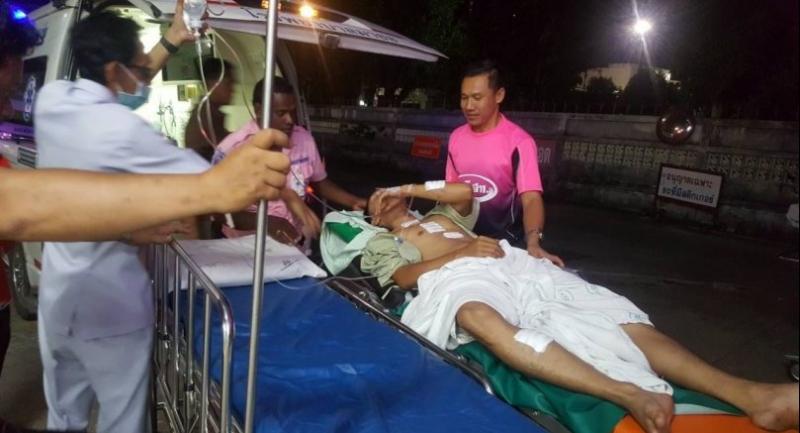 Suspected Muslim insurgents carried out a series of coordinated attacks in three southern border provinces on Wednesday night, police said. Some were injured and two suspected insurgents were killed.

The two deaths were reported in three attacks in Songkhla province while Pattani and Narathiwat provinces saw 12 attacks.

Police said two suspected insurgents were killed when their homemade bomb hidden in a motorcycle fell and exploded before they reached a target in Songkhla’s Saba Yoi district.

The explosion occurred at around 8pm near a military base in Moo 4 village in Tambon Saba Yoi.

Nearly at the same time, suspected insurgents also opened fire at a unit of troops in Ban Juab village in Tambon Thamung of Thepha district.

Also at 8pm, two suspected insurgents on a motorcycle hurled a grenade at a police booth in front of Chana Police Station. The two police officers inside escaped harm as the bomb fell near the booth. They later exchanged fire with the two assailants who fled the scene.

In Pattani, a group of suspected insurgents lobbed two grenades at official houses of police in Pattani’s Kapho district.

Police said the attack on the quarters of Kapho Police Station personnel in Moo 2 village in Tambon Karubee happened at 7.30pm.

Meanwhile, Narathiwat police chief Pol Maj-General Manas Siksamut issued an urgent order to all 19 police stations in the southern border provinces, to be on full alert after suspected insurgents carried out 12 simultaneous attacks at around 7.30pm.

Three attacks were carried out in Tak Bai district. In one of the incidents, insurgents allegedly hurled a grenade at the house of Pol Lieutenant Wit Nilnoi, a Tak Bai police officer.

Two attacks were launched in Sungai Padi district and another in Rusoh district.

Grenades were hurled at two villagers’ houses in two villages in Waeng district.

In Rangae district, an M79 grenade was fired at a task force base.

In Si Sakhon district, suspected insurgents hurled a grenade at the base of a defence volunteer company.