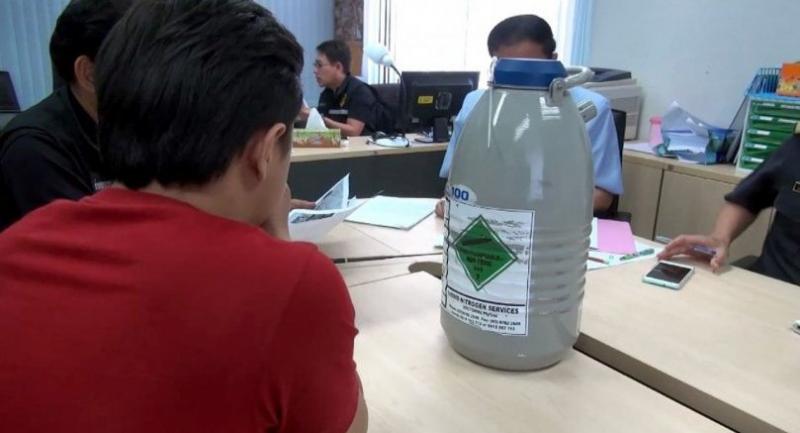 MANY ACCOMPLICES are involved in the sperm smuggling that was detected at a border checkpoint last week, the Health Service Support Department (HSSD) said.

“There are at least three to four suspects involved already – two sperm owners, the person who picked up their sperm, the alleged smuggler and also medical facilities related to the case,” HSSD deputy director-general Dr Thongchai Keeratihuttayakorn said yesterday.

He also raised questions as to why two foreign sperm owners authorised the same man to pick up their sperm from a Bangkok-based clinic before the sperm was found with the alleged smuggler.

The man who picked up the sperm from Superior ART Clinic used a Thai passport, which showed that he was born in Japan.

Thongchai added that the alleged smuggler had said he was hired by a half-Thai, half-Japanese man.

He said his department could only investigate medical facilities and it was the duty of police to dig deeper.

Sperm becomes useless within 48 hours if it is not frozen.

“All clinics that have stored sperm therefore have nitrogen tanks for storage,” Thongchai said.

Superior ART Clinic has confirmed the six tubes of sperm originated from the clinic, but denied providing a nitrogen tank for storage.

Lao authorities have ordered an inspection into the incident, insisting national law prohibits the trade of human viscera including blood and sperm.

Chanphomma added that further investigation was being carried out. He said no clinic in Laos was licensed to offer surrogacy services but many clinics are licensed to offer healthcare services, including consultations on how couples should prepare themselves as they plan to have a baby.