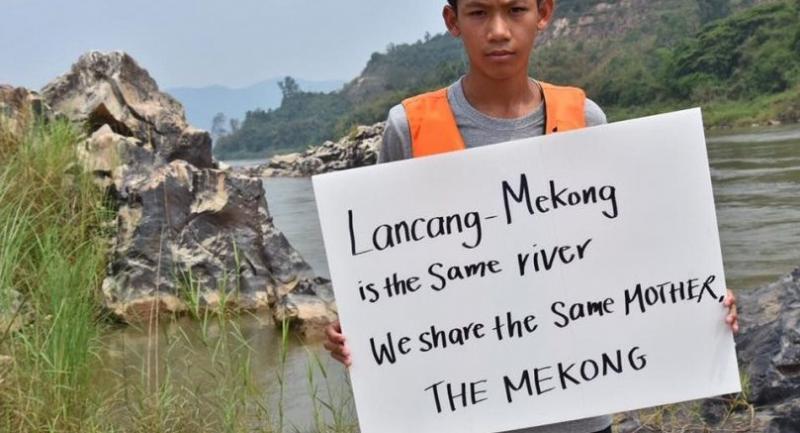 A Chinese survey team has began work on the Mekong River between Thailand and Laos last week. However, the local environmentalist group “Rak Chiang Khong” staged the demonstration to show their objection to the navigation channel improvement project on the river.

Protesters at Pha Phra were mostly young people. They held picket signs written in Thai, English, and Chinese asking for the cancellation of the project.

Jirasak Inthayot, the coordinator for Rak Chiang Khong, said that local people had gathered to express their demands that the project should be halted, as there will be many negative impacts to the river and to their livelihood.

“We still insist on our demand that the survey cannot justify the reason [for the project]. We urge that the Chinese team must conduct the impact assessment on the first phase of the project to clarify the real impact of this project to the river,” Jirasak said.

It was reported that the Chinese survey ships were operating in Chiang Saen District and still did not cross into the major rapids in Mekong River Khon Phee Lhong In Chiang Khong District.