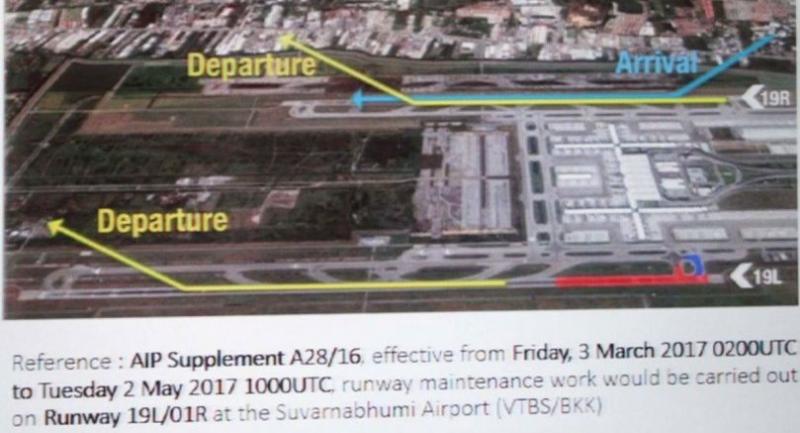 Airlines have resumed using both runways of Suvarnabhumi International Airport after maintenance on the northern end of the airport's east runway was completed two days ahead of schedule.

The completion of the maintenance work meant all aircraft, including the superjumbo Airbus A380, began using the east runway again from 7am on Monday following an inspection and safety tests, he said.

The work began on March 3.

Sirote said the runway improvement enabled the airport to accommodate increased flights and support the country's growth in air transport.