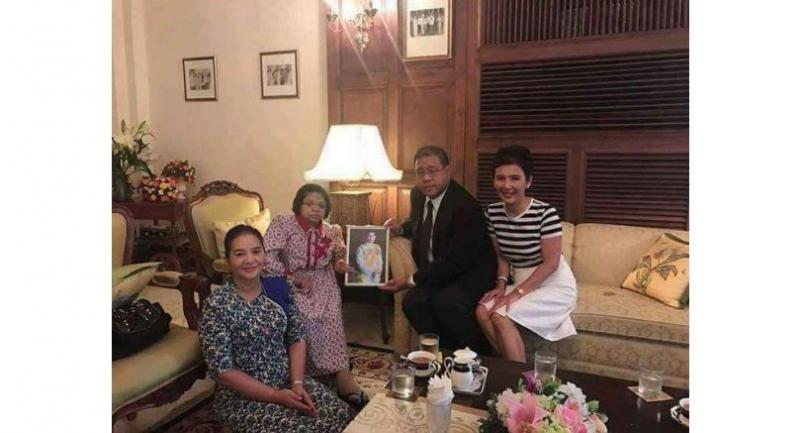 Myanmar’s most famous fortune teller – known as ET – on Wednesday submitted a petition to His Majesty King Maha Vajiralongkorn regarding Koh Tao murder suspects Zaw Lin and Win Zaw Htun, who have been sentenced to death in Thailand.

The letter was submitted via Thai Ambassador to Myanmar Jukr Boon-Long at the Thai embassy in Yangon, the Shan News Agency reported.

The two Myanmar men were convicted in the murder of two British backpackers David Miller and Hannah Witheridge on Koh Tao, Surat Thani province, in 2014.

After the verdict, dozens of Myanmar citizens and monks gathered in front of the Thai Embassy in Yangon to protest the Appeals Court's order.