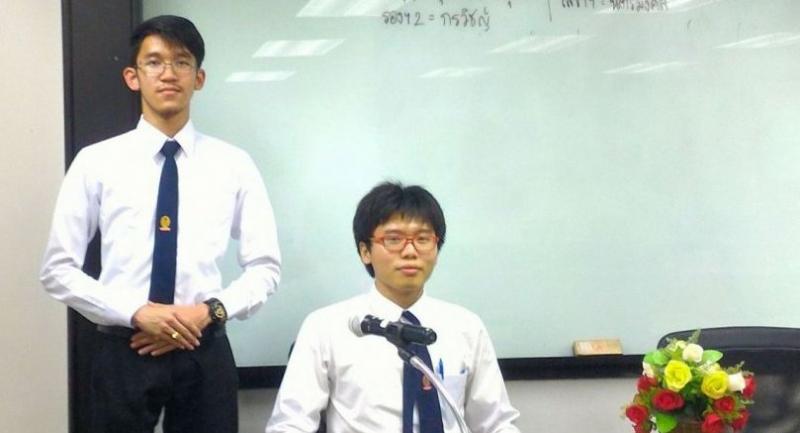 Progressive student activist Netiwit Chotiphatphaisal was elected president of the Student Council of Chulalongkorn University (SCCU) on Thursday, with 27 votes from a 36-member quorum.

It’s the top post among all the student-run organisations at a school widely perceived as conservative in its policies.

Netiwit, a first-year political-science student, will assume the post at the start of the next semester. He is one of the youngest students elected to lead the SCCU. The presidency is usually the preserve of senior students.

Netiwit is widely known for his political activism and iconoclastic views.

He made a high-profile entrance at Chulalongkorn last year by declining to lie prostrate in homage before monuments of the school’s founders, Kings Chulalongkorn and Vajiravudh.

Netiwit chose instead to remain standing during a traditional oath-taking ceremony, sparking controversy among students, alumni and outside observers.

He has also stirred controversy by voicing strong opposition to hazing traditions during freshmen orientation week.

And, to mark the 40th anniversary of the student-led October 1976 pro-democracy uprising, Netiwit invited Hong Kong political activist Joshua Wong to speak at the school. Wong was barred from doing so, however, and deported less than 24 hours after arriving in Thailand.

Netiwit’s election as SCCU president has drawn mixed reactions from the student council. While some members extended congratulations and said they looked forward to a “new Chula”, others expressed concern that he might taint the university’s reputation.