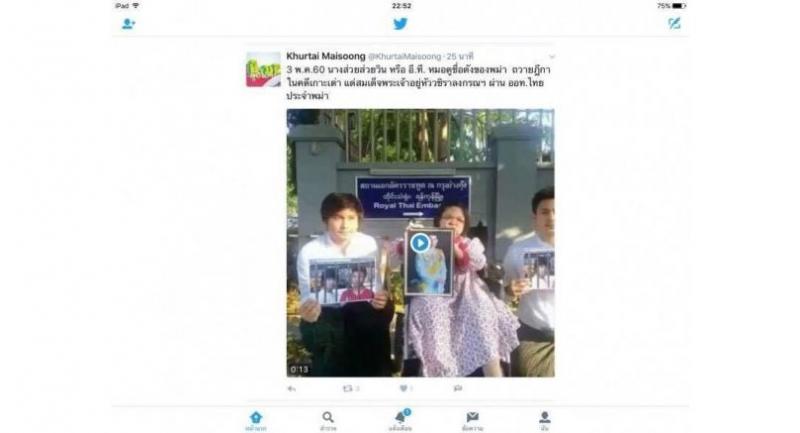 By SUWANNEE BANTISAK
THE NATION

THE FAMOUS MYANMAR fortune-teller known as ET submitted a petition to His Majesty King Maha Vajiralongkorn on Wednesday regarding Koh Tao convicted killers Zaw Lin and Win Zaw Htun, who have been sentenced to death in Thailand.

The letter was submitted to the Thai Ambassador to Myanmar Jukr Boon-Long at the Thai embassy in Yangon, the Shan News Agency reported.

After the verdict, dozens of Myanmar citizens and monks gathered in front of the Thai Embassy in Yangon to protest the Appeals Court's order.

Meanwhile, the defendant’s lawyer asked the Supreme Court to extend the evidence gathering period for a second time, while the Lawyer Council of Thailand will discuss with the Myanmar Embassy today the possibility of an appeal to the King.

The extension for gathering evidence will expire on May 23 but the court could grant another extension.

In September 2014, Miller and Witheridge, both 24 years old, were found brutally murdered on a beach on Koh Tao. Witheridge had also been raped. Police later arrested Zaw and Win.

The criminal court ruled on December 2015 that the two men were guilty and sentenced them to death. The defendants appealed to the Appeal Court, but the court upheld the death sentences in March, arguing that the defendants’ evidence was too weak to justify a different ruling.