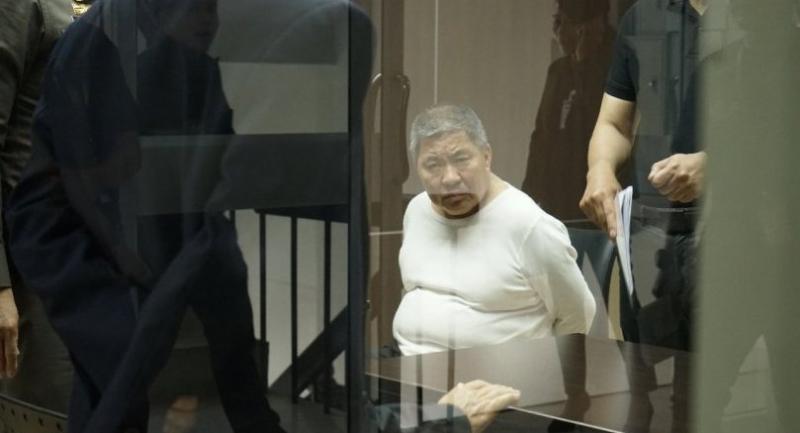 Compared to their ultra-violent Central and Latin American cousins, the drug dealers of Southeast Asia's Golden Triangle use their low-profile to remain beyond the long arm of the law.

But they control the world's second largest drug producing region, manufacturing and moving meth and heroin out off hidden labs in a remote, mountainous wedge of land that cuts across Myanmar, Laos, Thailand and China.

A series of recent arrests in Thailand and Laos have shone a rare spotlight on some of the key middlemen pushing product from the Golden Triangle across Asia. Here are a few of them.

The flurry of police action started with the arrest of 50-year-old Laotian Khonpasong in early January.

The was picked up on the way back from a wedding in Laos near the capital Vientiane as a dragnet closed in on drug runners and their associates.

Laos authorities swiftly seized hotels, cash and cars belonging to a man accused of getting rich on the proceeds of meth, sex venues and illegal casinos.

Since his arrest, three networks shuttling drugs from Myanmar through Laos, Thailand and onto Malaysia have been hit by raids and arrests.

Press reports in the tightly-controlled Communist country said officials rejected a $800,000 bribe to release Xiengther and his associates.

Heavily built and tattooed, Xaysana -- dubbed "Mr X" by law enforcement officials -- was detained on 19 January while transiting through Bangkok's main airport on his way back home to Laos.

Thai police arrested him in front of TV cameras and stunned travellers.

Investigators in Bangkok accuse Xaysana of running a multi-million dollar drug transport network, ferrying meth, ice and ecstasy pills from the Golden Triangle through Thailand to Malaysia and beyond.

His social media posts pointed to a life of luxury and connections -- photographed alongside Thai "hi-so" (high society) celebrities, at a wedding attended by the daughter of Laos' former prime minister and next to a bevy of supercars.

Some of those Thai celebs are now being probed for allegedly laundering Xaysana's cash.

Fond of riding thoroughbred horses at his stables on the outskirts of the Laos capital Vientiane, Sisouk has an unlikely profile for a man accused of large-scale drug running.

He is a local Laos celebrity, well-known on the party scene who conducted several television interviews on his love of horses -- including one he bought from America for $25,000.

He was arrested in early April after cops linked him to Xaysana, partly through his active social media life.

Sisouk's Facebook profile revealed a penchant for fast cars, which he sold through his garage in the Laos capital, as well as a proclivity for partying -- including with Mr X.

His garage and stables have been seized.

A Thai national born in the kingdom's "deep south", Usman is one of the region's most wanted drug men.

He is accused of being a key player in the drug chain from Laos to Malaysia.

He has achieved notoriety among drug cops for his ingenuity in avoiding jail, supposedly even faking his own death.

Canny and connected, he has been linked with several major yaba pill seizures.

A 2005 raid on a Bangkok house belonging to him saw an SUV impounded. Four years later police who had been using his vehicle found 10 million baht ($290,000) stashed in rear panels in the vehicle.

Recent police operations may have shaken him from his apparent hideout in Laos, with authorities hinting he could now be in Cambodia, Malaysia or at large in Thailand.

A year ago Thai cops seized nearly 300-kilogrammes of crystal meth in the far south.

He was arrested on April 19 this year at Hat Yai airport in the Thai south where he is accused of acting as a gatekeeper to the Malaysian drug market.

The drug money was laundered through a series of business, according to Thai cops, including karaoke bars, restaurants, hotels and bars which circulated up to 1 billion baht ($29 million) in narco-profits at any one time.