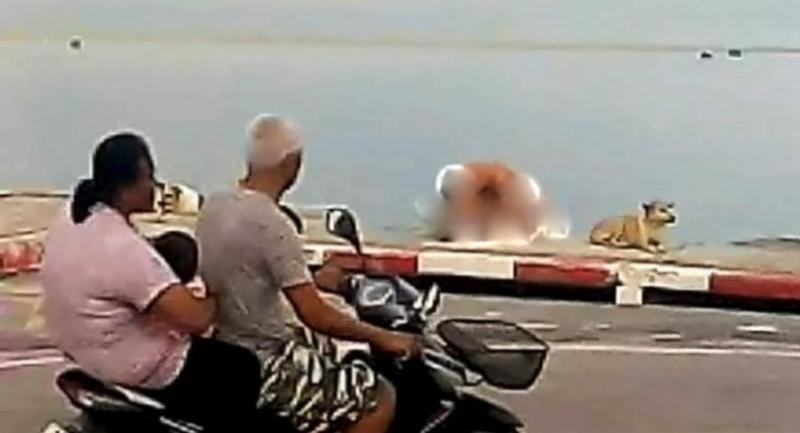 The video and pictures have been widely shared and criticized on social media. Photo: Facebook

SAMUI: Police are searching for an unidentified foreign couple who were seen ‘getting intimate’ at the side of the road at Nathorn Beach in Samui this morning.

A video of the incident, about a minute and 45 seconds long, was posted on a Facebook page titled ‘Ruam Pon Khon Mui’.

The couple were seemingly unconcerned about making a spectacle, as people drove by and pedestrians looked on.

The video and pictures have been widely shared and criticized on social media, with some calling for harsher punishments than the 500-baht fine doled out to the Russian couple charged in Phuket yesterday for “conducting an indecent act in public”