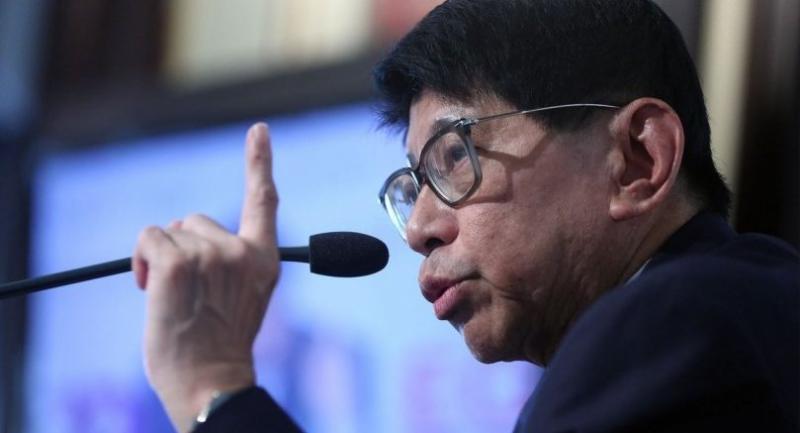 THE RECENT Bt13.5-billion submarine purchase does not violate Article 178 of the new charter, which requires parliament to be consulted on any international agreements that may violate the country’s sovereignty, Deputy Prime Minister Wissanu Krea-ngam said yesterday.

“Concerned authorities said it doesn’t,” said the deputy Prime Minister, in response to a fresh petition against the deal.

On Monday, activist Srisuwan Janya filed a petition with the Ombudsman, proposing that the Administrative Court should rule on the legitimacy of the recent submarine deal between Thailand and China. He argued that it had been signed too swiftly and was shrouded in controversy.

The Ombudsman’s office is authorised under Article 231 of the Constitution to make proposals to the Administrative Court when it detects any action, undertaken by governmental agencies or officials, that could be problematic to the charter or the country’s laws.

Citing the charter’s Article 178, Srisuwan said that the agreement with China should be considered by Parliament and opened to a public hearing before being proceeded with, given that it had been done on a government-to-government basis.

While the Article obligates authorities to follow such procedures for any agreement that could affect the Kingdom’s sovereignty, the Cabinet confidentially approved the multi-billion-baht procurement proposal from the Defence Ministry on April 18.

Srisuwan also said the Cabinet could also be in violation of Article 23 of the budget procedures bill, which stipulates that a long-binding budget must be approved no later than 60 days after the budget for a fiscal year is enforced.

Since this year’s bill was enforced on October 1, 2016, the approval could not have been legally passed after November 30, he said in his petition.

However, this reasoning – also raised earlier by legal academics – has already been countered by the Budget Bureau, which said the Cabinet had approved the Defence Ministry’s plan for long-binding budgets on October 25.

Royal Thai Navy spokesperson Admiral Jumpol Lumpikanon, meanwhile, stressed that the Navy’s Bt13.5-billion submarine-procurement agreement did not violate any law, as the attorney-general had properly taken care of the deal’s legal aspects from the outset.

“His petition will add colour to society,” Jumpol said of Srisuwan’s petition.

“We welcome any kind of investigation. I assure you that the Navy has followed every step in accordance with the law,” Jumpol added.