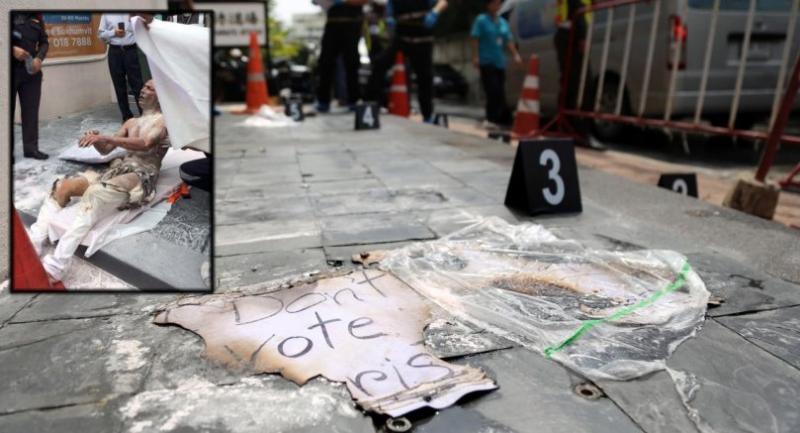 An Iranian man on Friday doused himself in petrol before setting himself on fire and trying to run into Iranian Embassy in Bangkok’s Wattana district to protest against the presidential election in his home country.

Police who rushed to scene in Soi Sukhumvit 49 opposite the embassy found the man, identified as Ari Bayef, 40, still struggling with flames.

With the help of security guards from the embassy and passersby, the officers managed to douse the flames. But the man suffered several burns to his body and was taken to the nearby Camillian Hospital.

Initial police investigations found that the man was seen opposite the embassy holding a placard urging people not to vote in Iran, apparently in a drunken state. He then shouted in a foreign language before dousing himself with petrol and setting himself alight with a lighter.

The man then tried to run into the embassy but failed and ran back to the same spot, where police found him in flames.

Iranians on Friday voted in a fiercely contested presidential election in which the incumbent Hassan Rouhani is being challenged by populist Ebrahim Raisi.