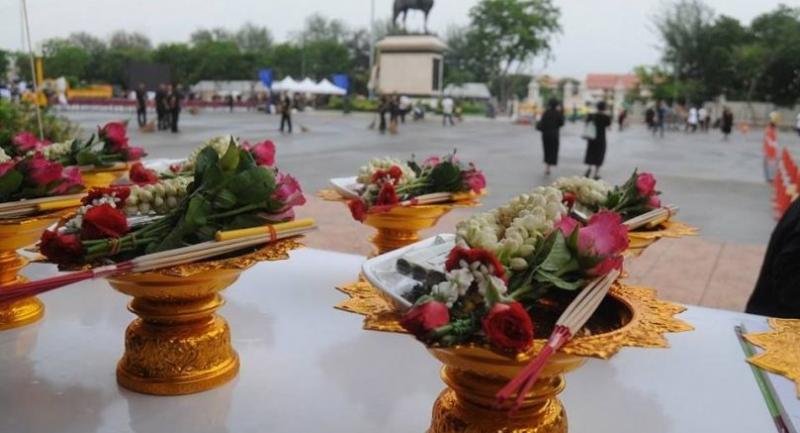 A merit-making ceremony for late King Rama IX and a religious ceremony for Her Majesty Queen Sirikit will be held at Dusit Palace on Tuesday.

The events are being held on the orders of HM the King and will start at 4.30pm, presided over by Privy Council President Prem Tinsulanonda and the Supreme Patriarch.

Members of the public are invited to attend the ceremony or they can watch the live broadcast on television channels NBT 2 HD, Thai TV Global Network, and NBT World starting 5.10pm, according to the Public Relations Department.

The live broadcast will also be available on NBT 2 HD Facebook page and on Radio Thailand stations nationwide. The prayers to be chanted at these events are available for download on www.prd.go.th.