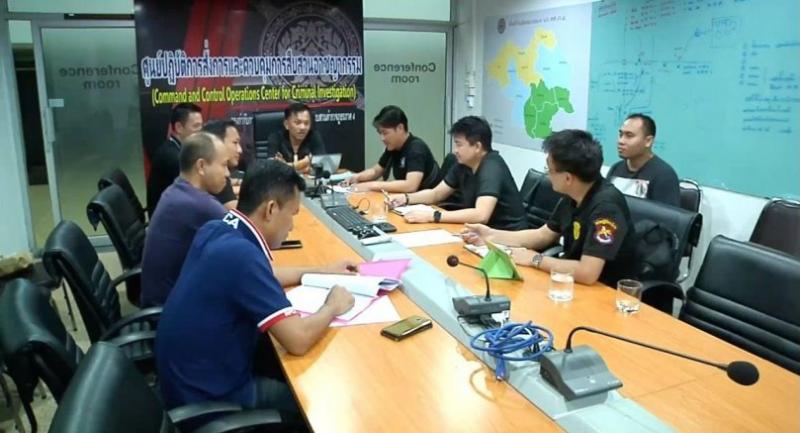 Myanmar police in Tachileik have detained two women suspected of being involved in the killing of a 22-year-old woman whose body was found cut into two pieces and buried in a wooded area in Khon Kaen province last week, a police source said Monday.

Piyanuch Nonwangchai, 24, and Kavita Rachada, 26, are due to be handed over to Thai police at a checkpoint connecting Tachileik with Chiang Rai’s Mae Sai district. Both women were detained as they were working at an entertainment venue in Tachileik.

Police are also hunting for a man and a woman named as Wasin and Jidara (both family names are unknown) for being involved in the killing of Warisara Klinjui, 22, a karaoke bar singer. A provincial Court has issued arrest warrants on five suspects including Piyanuch, Kavita, Wasin and Jidara.

Warisara’s body was cut into two parts reportedly to fit into a water tank which was buried in a forest area.

Immigration police in Nong Khai province have intensified their screening to prevent the suspects from fleeing to Laos.

Police earlier said that the evidence is clear that the suspects allegedly picked up Warisara from her apartment and had an argument. Information obtained by police suggested the group planned to kill her over a personal grudge that possibly involved illegal drugs.

Police have questioned a large number of people since the body was discovered, including the victim’s husband Sakchai Bahtthemdee, a construction contractor, and several of Warisara’s female “tomboy” friends.