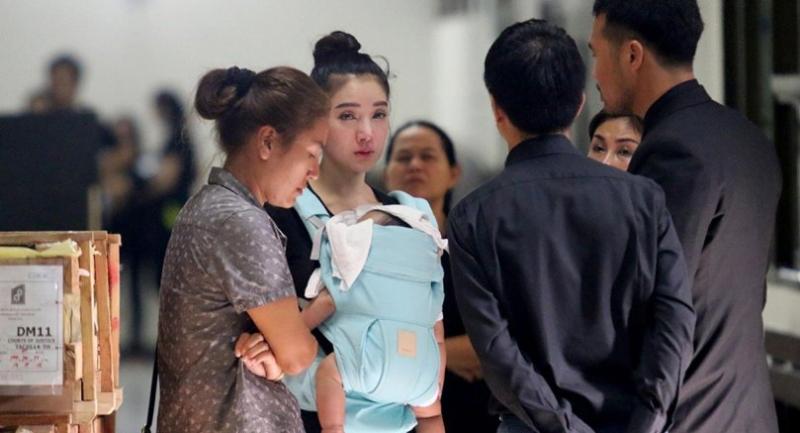 The 30-year-old Akarakit, who formally pleaded not guilty to money laundering earlier in the day, was denied bail on the grounds that the charges he faced carried heavy penalties and he could have posed a flight risk. Prosecutors had opposed his temporary release.

Akarakit was then sent to the central remand prison where he will remain for the duration of his trial unless a new bail request is approved.

The three also face charges under the Measures for Suppression of Narcotic Offenders Act of abetting drug-related offences and accepting assets in return.

Before entering the courtroom, Akarakit told reporters that he had nothing to do with drug trafficking and intended to clear his name regarding the money transactions while his lawyer, Sitthichok Trinet, said he was prepared to post Bt3 million in cash as bail.

In the months since the allegations emerged, Akarakit had never been held in custody. He remained free through seven detention periods prior to the indictment on Bt500,000 bail and on condition that he did not leave the country without court permission.

Akarakit, Sansern and Angsuporn are accused of collusion to accept money transactions on 53 occasions, for a total amount of Bt11 million, connected to Natthapol Nakkham, another suspect in Xaysana’s alleged network who has already been arrested, between December 29, 2014 and February 1 this year.

Akarakit caught the attention of authorities because of a Bt20-million Lamborghini in his possession that was linked to Natthapol.

Akarakit claimed he had borrowed Bt6 million from Natthapol for the down payment on the Lamborghini.