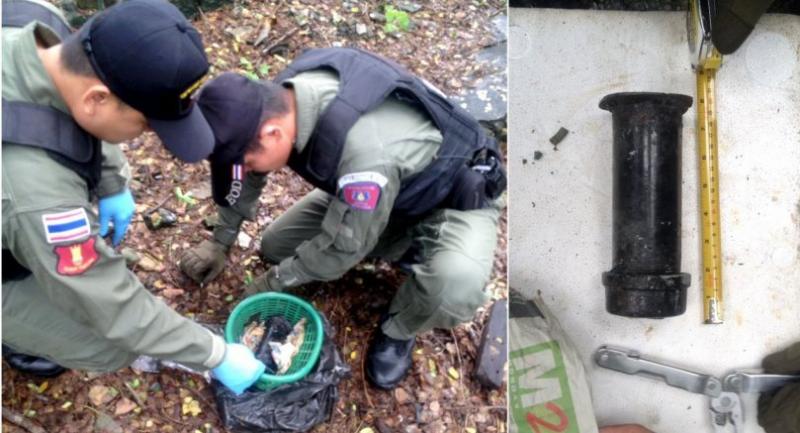 Police are yet to determine whether a pipe bomb found near the MRT’s Thailand Cultural Centre station yesterday was linked to three recent bomb blasts in the capital.

“If they are related, we will treat them as one case,” national police Commissioner Pol General Chakthip Chaijinda said yesterday.

The three recent blasts in Bangkok involved the use of pipe bombs. The first blew up in front of the Government Lottery Office on April 5 and the second in front of the National Theatre on May 15. They were minor explosions that did not cause much damage. The third pipe bomb, at the Phramongkutklao Hospital on May 22, left 25 people injured.

Chakthip said the area where the pipe bomb was found yesterday – in wasteland in Bangkok’s Huai Khwang district – was now cordoned off for related officials to gather evidence.

On Tuesday afternoon, a motorcycle taxi driver who went to fish in the area, alerted authorities when he noticed a steel pipe with some attached wires.

Police and an explosive ordnance disposal team arrived in the area at about 2pm and after examining the pipe for more than an hour left without giving any details.

A source said the pipe, about eight inches long and four inches wide, contained a detonator and wires.

Speaking on condition of anonymity, a cleaner of the Bangkok Metropolitan Administration said he saw two suspects around the area where the pipe bomb was found.

“They came to the spot on a motorcycle. When the bike stopped, the man riding pillion got off and walked up to the spot where the pipe bomb was found. After about five minutes, he returned and both men sped away on their motorcycle,” he said.

Chakthip said police were looking into the role of the two suspects.