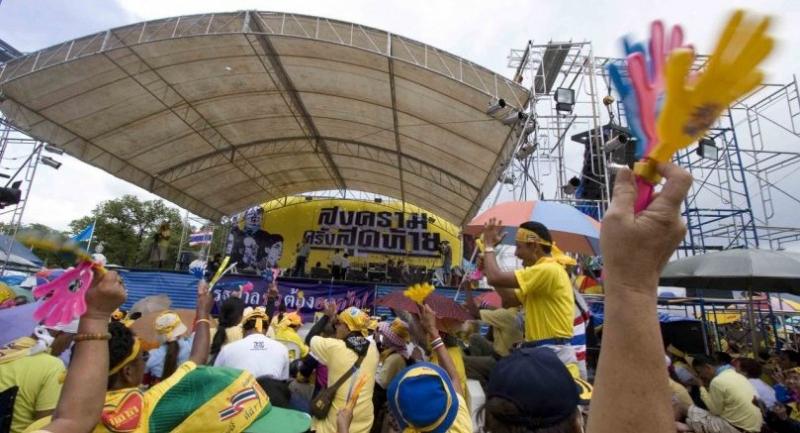 A court on Wednesday acquitted 10 leaders of the former People’s Alliance for Democracy (PAD) in a case dating back to 2011 involving trespassing of designated security areas and violating the 2008 security act.

The leaders had taken turns to take to the stage set up on Rajdamnoen Road in 2011, which was declared by the then government as one of the security areas under the act.

Panthep Puapongpan, one of the defendants, said the PAD leaders took to the stage to protect national interest with regard to the Preah Vihear Temple controversy between Thailand and Cambodia.

The court accepted the group’s legal argument, saying the declaration of the security area that covered the group’s stage was announced in the Royal Gazette after the activity, hence they had not violated the act.

One of the former PAD leaders, Sondhi Limthongkul, who is in jail for other offences, also attended the court’s ruling today.