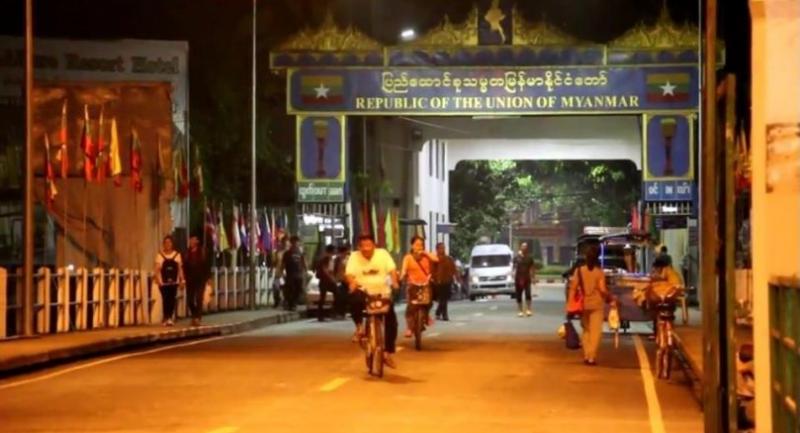 Thai officials continue to strictly screen people coming in and out of the country via Chiang Rai's Mae Sai border checkpoint on Thursday.

Myanmar police have told their Thai counterparts they know the whereabouts of three Thai women being sought in connection with last week’s gruesome murder of a fourth in Khon Kaen.

A police source said on Thursday the Myanmar authorities also have the description of a local man seen assisting the women after they crossed the border to escape arrest.

The group is supposedly living in Tachilek, close to the border opposite Chiang Rai’s Mae Sai district. They entered Myanmar on May 25, so their visas would have already expired on Thursday.

Myanmar authorities told Pol Colonel Ekkorn Bussababordin, commander of the Chiang Rai Immigration Police, they already knew the women’s location and would arrest them. They said a man was seen picking them up from a dormitory residence near their new workplace, an entertainment venue in Tachilek.

Following a meeting on Wednesday afternoon, Khon Kaen police chief Pol Maj General Promnatthakhet Hamkhampai dismissed speculation on social media that Priyanuch, suspected of committing the actual murder, might have been acting on the orders of a trans-national drug gang seeking vengeance after Warisara gave police information that led to many arrests last year, including that of Priyanuch’s boyfriend.

Substantiating reports that the victim had been killed inside a rented car and her torso severed at a Khon Khaen resort, Promnatthakhet blamed the crime on a personal conflict.

He said Warisara’s information to authorities involved a sole drug case that contributed to Priyanuch’s boyfriend being jailed. He insisted that the women suspects were only selling drugs locally, not across borders.