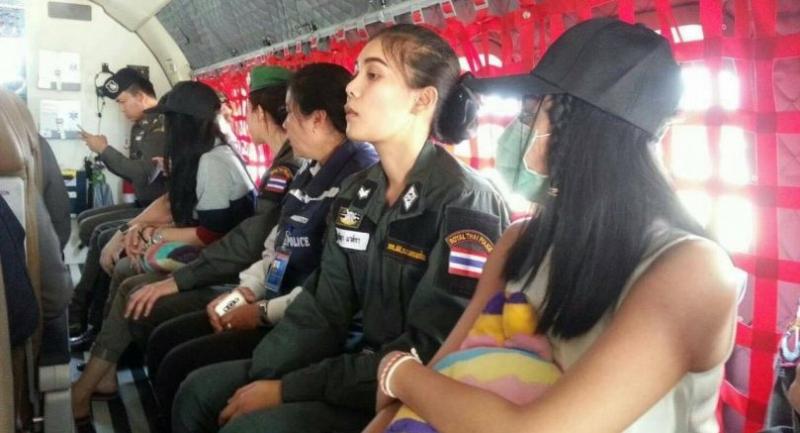 Three female suspects in the high-profile gruesome murder of Warisara Klinjui, 23, were taken to Bangkok by a police helicopter after surrendering to Myanmar police opposite Chiang Rai's Mae Sai district in the northern region on Saturday.

They were handed over to Thai police and national police chief Pol General Chakthip Chaijinda will interrogate them by himself. They then would be taken to northeastern province of Khon Kaen where the alleged murder took place.

The Nation online gathered photos of their travelling for our readers.