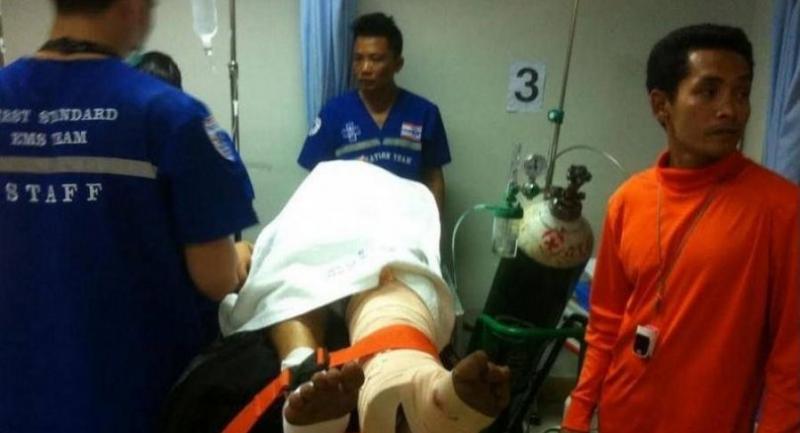 The victims were first taken to Frist Standard Clinic at Ao Nang, but later transferred to Wattanapat Hospital in Trang. Photo: Kritsada Mueanhawong

Two tourists were rescued but suffered serious injuries after falling off a cliff while rock climbing in Krabi on Tuesday.

The accident occurred while climbing a cliff between Ao Ton Sai and Ao Pai Plong. Rescue teams, including tourist police, marine police and Nopparat National Park officers, went in search of them after the mishap was reported.

Rescue teams spent more than three hours and walked more than 2km to locate and bring the tourists back to safety, made all the more difficult by the amount of pain they were both suffering.

Clavetti broke several bones in her left arm and leg and also suffered injuries to her back and hips, while Rakuschan fractured his ankle and feet.

The two were first taken to First Standard Clinic at Ao Nang, but later transferred to Wattanapat Hospital in Trang.