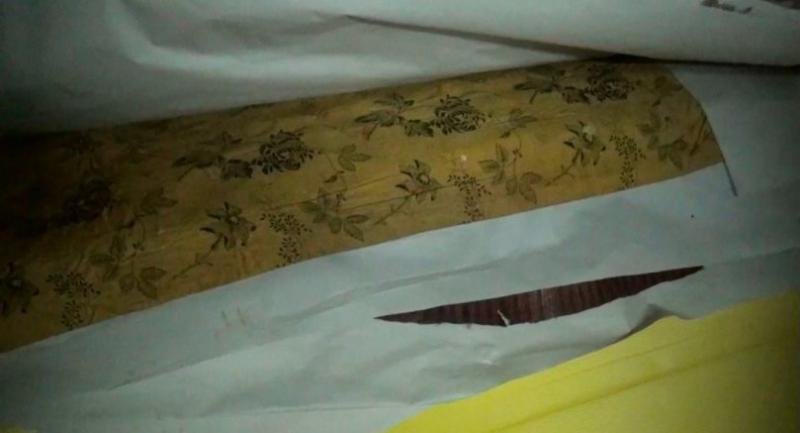 “We can’t find them despite the fact that they appeared in photos before,” Arnat Bamrungwong, who heads the Fine Arts Office 12, said yesterday. He inspected the Wang Tawan Tok Temple with officials from several relevant agencies as well as the temple’s abbot and layman manager.

He said such artefacts deserved being listed as historical items of national significance given that their history tracing back several centuries.

Wang Tawan Tok Temple was under the patronage of Chao Chom Manda Prang during her lifetime.

Born to an influential family in Nakhon Si Thammarat in the 18th century, she was a royal concubine of King Taksin. She later moved back to her hometown and according to a legend she was pregnant with the king’s child when she left his palace.

Wang Tawan Tok Temple it is believed to have inherited some of her belongings as she gave her support to the temple. The items have considerable historical value.

Arnat said his office was preparing to register the centuries-old items in line with academic principles and prescribed official steps. “There are still many pieces left at the temple but several others have apparently gone missing.”

A team from the National Library took photos of the ancient items at the temple when it visited previously to compile a list of old books. Arnat’s office subsequently acquired the photo records.

Arnat inspected the temple yesterday in the wake of a scandal that involved the death of a novice monk on the premises. The murder sparked a police investigation that now suggests several suspects might have colluded in wrongdoing at the temple and silenced people standing in their way.

Nakhon Si Thammarat’s police chief Maj-General Wanchai Ekpornpich said the investigation into the murder was almost complete and police had made progress in examining the temple’s assets.

“We will be able to take action against the prime suspects over theft or embezzlement charges as soon as the temple lodges a complaint,” Wanchai said.

The temple said it would assign its lawyer to file the complaint and try to get back the historical items.