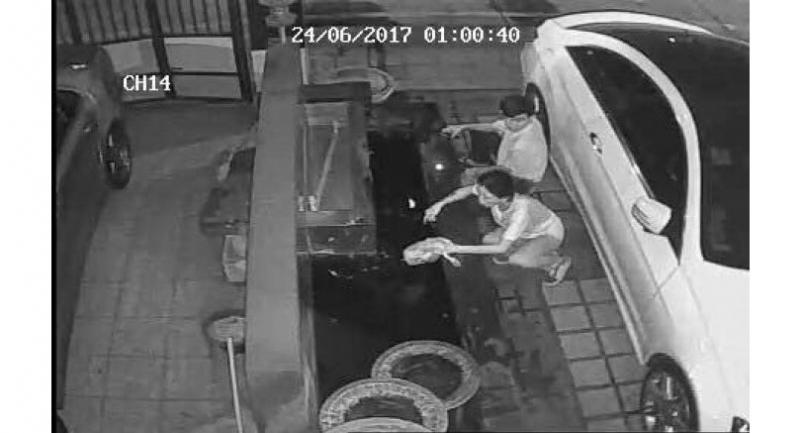 Police are looking for a woman and two men who are accused of stealing nearly all the carp from a pond, with the owner saying she had raised the fish for over a decade and they had high sentimental value.

Insurance agent Rawadee Kiatkamjornpattana, 44, also posted on her Facebook page 10 minutes of CCTV footage that purported to show the theft at 1am on Saturday to ask people who recognised the three suspects to contact police.

The three suspects allegedly stole 20 large carp and one red tilapia fish from a pond at her compound in Soi Latphrao 101.

Rawadee said she had found that most of her fish were gone except for one albino catfish and one carp in the morning when she went to feed them.

“I want my fish back. I feed them everyday and I feel a bond with them ... I raised these fish for 10 years since they were small, so they have high sentimental value to me. I never thought this could happen,” she said, adding that she had already submitted the CCTV recording to police and filed a complaint on Saturday evening.

She said she was considering setting up a fence around the office to improve security.