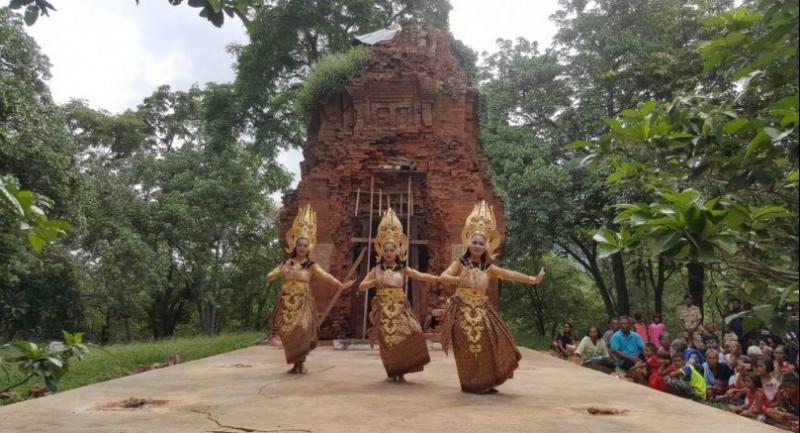 About 100 local villagers attending a ritual to worship supernatural beings at Praasaat Khao Luon in Sa Kaew’s Ta Phraya district on Sunday were overjoyed to hear that the Khmer temple’s lintel would be returned from the United States.

The ritual held on Sunday was to apologise for intrusion as the Fine Arts Department planned to demolish surrounding structures around the ancient temple in Tambom Thabrat to make way for restoration, along with the 11th-century Sdok Kok Thom Khmer temple in Khok Sung district.

Prasat Khao Lon’s lintel went missing nearly 50 years ago and some visitors last month spotted it as being displayed at an Asian art museum in San Francisco.

As it was announced at the ceremony that the museum would return the artefact, provincial governor Klanarong Pongcharoen said he and fellow residents of Sa Kaew were happy and thankful to related agencies and Prime Minister General Prayut Chan-o-cha for helping get the national heritage piece back.

He said they would later develop the site as a tourist attraction for culture and history.